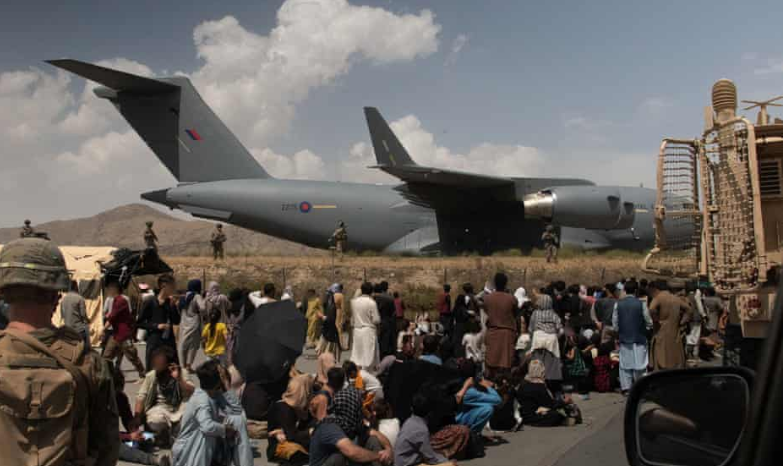 Further evidence alleging that the government seriously mishandled the withdrawal from Afghanistan has been handed to a parliamentary inquiry examining the operation, the Observer has been told.

Details from several government departments and agencies are understood to back damning testimony from a Foreign Office whistleblower, who has claimed that bureaucratic chaos, ministerial intervention, and a lack of planning and resources led to “people being left to die at the hands of the Taliban”.

The Observer revealed in August that thousands of emails of urgent cases of Afghans in danger were being left unread for days at the height of the crisis, with the messages of senior MPs among those not to be opened. Even government ministers had emails that had not been addressed.

In an interview with the Observer, Tom Tugendhat, the Conservative chair of the foreign affairs select committee which is examining the claims, said others had been in touch to disclose concerns. He described evidence from three senior Foreign Office officials last Tuesday, in which its permanent secretary Sir Philip Barton admitted remaining on holiday for 11 days after Afghanistan fell to the Taliban, as “completely extraordinary”. He said he was now more convinced about the damning testimony his committee received from Raphael Marshall, a junior official who worked in the Afghan Special Cases team.

“There’s nothing I’ve heard that leads me to believe he is mistaken,” Tugendhat said. “He and many like him deserve more than an apology. They have demonstrated quite clearly the integrity and the ethical standards we should expect from senior government employees, but are finding those standards in the junior ranks, not the senior ones.”

Tugendhat said that his committee was now sifting through further evidence. “Since the hearing on Tuesday, I’ve been approached by individuals from other government departments and, indeed, other agencies offering their own perspectives on the events in the run-up to August and the aftermath,” he said. “We’re in discussion as to how their evidence may be presented. There is a very wide feeling that this goes to the heart of something that is simply not acceptable, and that Britain deserves better.”

He said the committee would be speaking to defence secretary Ben Wallace over the military elements of the withdrawal. “We’re very keen to speak to the defence secretary who has agreed to come,” he said. “We want to hear the military perspective on this. We’re very keen to speak to others who may have been involved in different areas. And we need to sit down and go through a lot of evidence.”

Tugendhat said that he wanted to wait for a final report on the crisis before concluding where the responsibility for any failings should fall. However, he said that it was a “whole government” failure, with the Foreign Office, Home Office and Ministry of Defence all involved in the operation. He said the failure had seen allies in Afghanistan abandoned.

“There are many people on the ground in Afghanistan today who are guilty of nothing more than hoping and wishing for a better future,” he said. “Yet today, the Taliban victory means what we’re likely to see is a very serious degradation in the life chances of individuals. In many ways we’re already seeing it. We’re seeing girls denied education, we’re seeing women excluded from work. These are very serious attacks on civil liberties.”

He said that questions remained over the evacuation of nearly 200 dogs and cats from Kabul. Pen Farthing, a former British Royal Marine who operated the Nowzad animal charity, flew with the animals in a chartered aircraft. However, Marshall said that finite resources on the ground had to be deployed to ensure the animals reached the plane. “The Foreign Office officials made it clear that there was absolutely no diversion of resources,” said Tugendhat. “They also made it clear that the military opened the gates and took time to get those animals in. How those two statements are compatible, I don’t understand.”

A government spokesperson said: “UK government staff worked tirelessly to evacuate more than 15,000 people from Afghanistan within a fortnight. This was the biggest mission of its kind in generations and the second largest evacuation carried out by any country. We are still working to help others leave.

“Over 1,000 FCDO staff worked to help British nationals and eligible Afghans leave during Operation Pitting. The scale of the evacuation and the challenging circumstances meant decisions on prioritisation had to be made quickly to ensure we could help as many people as possible. Regrettably we were not able to evacuate all those we wanted to, but our commitment to them is enduring and since the end of the operation we’ve helped more than 3,000 individuals leave Afghanistan.”