Latest Posts
17:15
Home Islamist Movements Fate of those who fund Hamas in Britain after ban 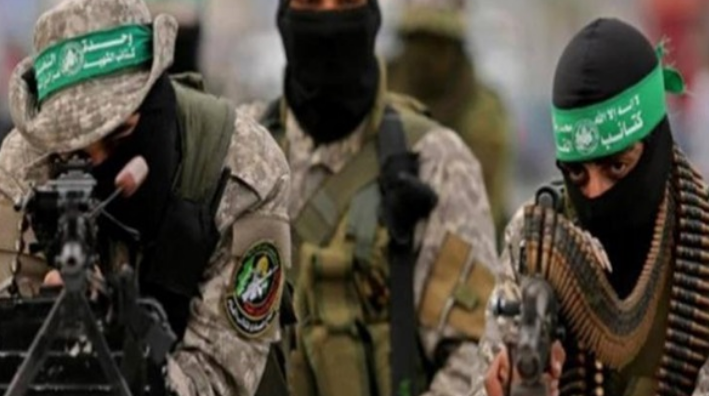 Fate of those who fund Hamas in Britain after ban

The British government’s announcement that Hamas was on the terrorist list, after it had been limited to its military wing since 2001, constituted a blow to the currents of political Islamism and the Brotherhood, especially since the decision was issued by London, which shelters and protects a large segment of the terrorist Brotherhood. The British government warned that those affiliated with Hamas and its supporters were subjected to severe prison sentences, because it is no longer possible to differentiate between the two entities following its assessment that Hamas commits, participates in, attends to, promotes and encourages terrorism.

This decision reflects the growing discontent and concern in various countries about the terrorist plans and practices of these groups. Despite its great importance, the decision came late and is the beginning of correcting the way of dealing with the Brotherhood groups in the United Kingdom, which hosts a large number of leaders of Islamist organizations that believe in the use of violence to achieve their political and authoritarian goals, and it provides them with fields of work, propagation, and financial and banking transactions. There is no doubt that this decision will lead to drying up the sources of financing for the movement, especially since it has financial and investment activities in Britain, some of which are in partnership with the Brotherhood, while some of them are managed by the movement alone through its affiliated leaders residing there.

Over recent years, Hamas has succeeded in collecting large donations and withdrawing funds from the Gulf and Britain through the establishment of financial and media arms and economic entities. For this purpose, three names and three departments were allocated, namely the General Secretariat and Communications Department, where the secretariat operated from London under the Palestinian leadership of the Palestinian Hafez Ajaj al-Karmi, who is responsible for communications between Western countries and the Brotherhood in Egypt, Gaza and the Arab countries, and it prepares the budget and transfers funds to the administrative offices.

There is also the Planning and Research Department, which works in London under the leadership of Hamas leader Muhammad Kazem Sawalha, who participated in political activities, propaganda and financial coordination related to the movement’s activities. He also served as a member of the political bureau and director of the legal office in the movement, and he supervised the allocation and supply of large sums of money for Hamas activists in Palestine.

The Security Department operates from London under the command of Maher Jawad Salah and is responsible for tracking opponents of Hamas and collecting information on investment systems. It is active in the field of remittances and simple economic companies, where it was found that all economic activities were allocated to financing terrorist operations.

In Britain, Hamas also owns real estate companies run by Abdul Rahman Abu Dayyeh, who is of Palestinian origin and also owns media companies that contribute to financing the proportion of Brotherhood satellite channels broadcast from Istanbul and the group’s online platforms in the Netherlands.

Hamas also contributes to and owns a fund under the name Palestine Relief, based in London and called Interpal, in which it collects funds from donors to support the Palestinian cause and directs a large part of these funds to finance armed operations, whether for the movement or the Brotherhood. These operations are undertaken by the Palestinian Hamas leader Essam Youssef Salah Mustafa.

In addition, there is the Cordoba Foundation, which is run by Anas Altikriti. The foundation has established a group affiliated with the organization under the name the British Muslims Initiative, which seeks to form a dictatorship or caliphate in Europe. Altikriti is also closely linked to Hamas, and Sawalha, director of the British Islamic Initiative, is a prominent member of Hamas and was said to have masterminded the movement’s political and military strategy.

There is a famous statement by Altikriti in which he confirmed that the terrorist Brotherhood supports Hamas. It is indicated that the Cordoba Foundation houses the Islamic Charitable Associations Forum, which acts as an umbrella for support and funding for 10 British entities, all of which belong to the Brotherhood, including at least six organizations that fund Hamas and its branches.

It is expected that following Britain’s decision to ban Hamas’s activities and place them on the terrorist list, the funds and activities that Hamas contributes to in Britain will be subject to freezing, including the Brotherhood’s Al-Hiwar channel, which broadcasts from London and is run by the Palestinian Brotherhood member Azzam Tamimi and in which Hamas contributes with a percentage of the shares. It is expected that the British authorities subject them to security observation, but the British government should be careful because the movement is capable of deception and maneuvering, and the biggest evidence of this is that the governments of some European countries have banned and frozen their activities after it was proven that they were involved in financing terrorist operations. But they returned again through entities with new names and personalities to collect more money from Muslims and Arabs in European countries and invest it for the benefit of the Brotherhood and to finance its armed operations.

It is noteworthy that Hamas has economic entities in Europe to raise funds and donations, including the Holy Land Foundation. It has branches in Europe and collects millions of dollars, as it owns a fund in France called the Charity Committee for Palestine, as well as the Al-Aqsa Fund, with branches in the Netherlands, Belgium and Denmark, the Al-Aqsa Sinabil Establishment in Sweden, the Al-Isra Foundation in the Netherlands, two funds in Switzerland called ASB and SHS, one fund in Italy called ABSBB, and two funds in Austria.