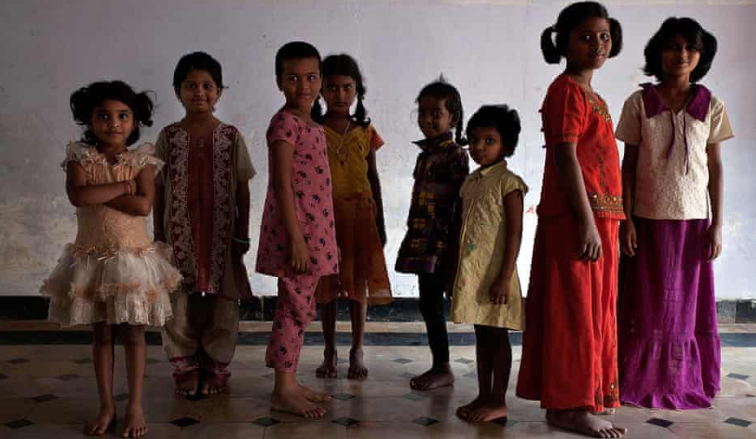 Families want a son at any cost’: the women forced to abort female foetuses in India

Laali was alone at home when she realised her legs were drenched in blood. The bleeding did not stop for eight hours. As she fell unconscious, the 25-year-old thought she would die alongside the foetus she was losing.

She had been three months pregnant when she was taken for prenatal sex determination. “When I learned it was a girl, I started feeling as though I was suffocating,” she says.

An abortion pill was forced down her throat, without a doctor’s supervision, and subsequent complications led to hospitalisation. The night she was released, Laali cried herself to sleep – and in the morning returned to her work in the fields.

“The traditional pattern of marriage and customs dictate an inferior position to women in Indian societies,” says Prem Chowdhry, a gender activist and retired professor at the University of Delhi. Since girls leave their birth family after marriage, she says, the dowry and cost of raising a girl is considered an unwelcome obligation, and sex-selective abortions are common.

Prenatal sex determination was criminalised in 1994, but it is a widely flouted law. The practice has thrived with medical advancements, spread to more regions, and is still easily accessible in privately run clinics.

Surrounded by vast sugar cane fields, Laali’s village is 40 miles from Delhi. Social health activists who run an unregistered support group for women here estimate that “every third house in the village” has aborted a foetus because of the sex.

“Families want a son at any cost. Any cost!” Laali says. “If I die, my husband will remarry tomorrow morning, hoping the next woman will give birth to a son.”

Laali was 19 when her marriage was arranged with a farmer in 2009. In the next three years, she gave birth to two daughters. During her second pregnancy, she was regularly drugged by traditional and faith healers in order to “make” a boy.

When her baby girl was born, no one from her family came to see them in the hospital. Returning home was worse. “My mother-in-law refused to see my daughter’s face,” Laali said. “She refused to take care of me, saying: ‘you are giving birth to girl after girl. How far can I take care of you?’”

Every night, as she sat down for dinner after a day of labour in the field, someone would toss in a taunt. “When anyone had a son in the village, it was a nightmare for me,” she recalls. “My family abused me in front of my girls.”

The government of India appears unwilling to act. A recent government survey hailed the fact that there are more women than men for the first time. However, activists on the ground and experts are sceptical of the data. “The main objective of the survey was to look into data on reproductive health and family welfare indicators and not on the population sex ratio,” said Sabu George, a researcher and activist based in Delhi. “All state-wise trends show a different picture.”

Dr Prabhat Jha of the University of Toronto, who led India’s Million Death Study, agrees: “The UN Population Division, the most careful demographic work, estimates the number of ‘excess men’ in India is growing.”

The male child bias has cut through class and geographical divisions. In August, a 40-year-old woman from a wealthy upper-class Mumbai family said she was forced to abort eight times to satisfy the family’s desire for a son. She was given more than 1,500 hormonal and steroid injections before she lodged a police complaint. Last year, in southern India’s Karnataka, a 28-year-old woman died after complications during a third forced abortion.

Families let nature decide twice, but then – for the third time – they make sure it is a boy

Endless harassment pushed Laali to seek psychiatric help, and she is currently on medication. Two abortions and a surgery later, doctors have advised her to not get pregnant again. “My womb has weakened and my body cannot bear another child,” she said.

Family interference can cause huge stress for women. Bhavna Joshi, 39, from Chittorgarh in Rajasthan, had eight pregnancies in her 11 years of marriage, and finds her experience so painful to talk about that she only wants to share the basic facts: she was taken to “uncountable” numbers of traditional healers, had three abortions and lost two infants as babies. It didn’t stop until she finally gave birth to a son, now aged five.

After two abortions, Laali wishes for a boy too. “I want this to end. They are drugging me and I cannot eat or drink for days,” she said. “I just want out of it, badly.”

Over the past two decades, trends in sex-selective abortions have shifted. The Lancet research found that as more families in India become nuclear, abortions are more common with the third pregnancy. “Families let nature decide twice, but then – for the third time – they make sure it is a boy,” said Jha. “Violence against women is a cultural thing in India. The problem is going to get much worse before it might get better.”

After having two daughters, 36-year-old Meenakshi was taken by her in-laws for a prenatal sex test when she fell pregnant for the third time. “The area was completely deserted and hidden,” she says, hiding in another home for the interview. “I was scared. It wasn’t a normal clinic.”

Meenakshi, currently seven months pregnant, wasn’t directly told the result. “My husband and his mother looked happy so I understood it was going to be a boy,” she said. “Otherwise, they would have killed it [before the birth].”

In India’s deeply patriarchal society, women’s full sexual and reproductive rights are still a distant dream. Women like Meenakshi are fighting for acceptability in the family. Meenakshi’s parents raised her to expect freedom after marriage. But everything is worse, she says, sobbing.

For Laali, harassment is part of her daily life. By the time she was 15, her mother had aborted two female foetuses, and her younger sister has aborted at least three.

“You are brought up in an environment where this violence against women is completely acceptable and normalised,” says George. “The question is: how do you resist this on the ground? And that’s frightening.”

Both Laali and Meenakshi were isolated in society, lacking any emotional support. Talking of their experiences, hidden inside their rooms, makes them cry, and their daughters, all in their teens, console them with hugs. Laali and Meenakshi are desparately worried they will not be able to protect their daughters from similar trauma, but for now the girls are mostly oblivious.

Meenakshi’s eldest daughter jumps with joy as she sees a plane passing over their heads. “She wants to be a pilot,” says Meenakshi, wiping her tears. “When I cry, she tells me: ‘Mamma, it’ll get better, and one day we’ll fly together, in a plane that I’ll pilot