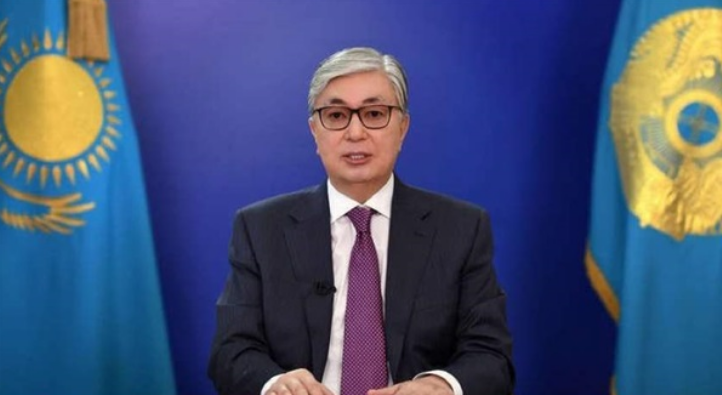 In the build-up to the 30th anniversary of Kazakhstan’s independence, celebrated with great fanfare on 16 December, President Kassym-Jomart Tokayev handed out awards and distinctions to several prominent Kazakhs close to his predecessor Nursultan Nazarbayev, including the latter’s eldest daughter, MP Dariga Nazarbayeva. Even though the former president retired in March 2019, his shadow weighs on the new leadership due to the influence of the new generation of Nazarbayevs,  embodied in the ex-president’s grandson Nurali Aliyev.

Aliyev, 36, is the eldest son of Dariga Nazarbayeva and the former deputy head of Kazakhstan’s intelligence service, the National Security Committee (KNB), Rakhat Aliyev. He draws on this heritage to present himself as a champion of Kazakh industry, especially of new technologies. Owner of IT service provider Darmen headed by Eldar Gumarov, Aliyav forged a partnership with US startup investor Plug and Play in 2019. This paved the way for the signature in October of a memorandum of understanding between Kazakh telecoms operator Transtelecom – in which Aliyev acquired a 75% stake in February when the group was privatised through the company Unit Telecom – and Plug and Play as part of Elon Musk’s Starlink satellite internet project. This partnership is backed by the Kazakh equivalent of the US incubator, Astana Hub, headed by Magzhan Madiyev and backed by Yerlan Minavar, now innovation director at Transtelecom after a spell as an adviser to the CEO of Plug and Play.

On social media, Nurali Aliyev often writes about his contacts in the sector mentioning for example Dmitry Samartsev, CEO of BI.ZONE – a company specialising in digital risk analysis – and his friendship with Chinese businessman Jack Ma, founder of e-commerce giant Alibaba.

On top of these well-heeled connections, Nurali Aliyev developed promising links with the Emirates when he was deputy mayor of the city of Astana, since renamed Nursultan, from December 2014 to March 2016. During his tenure, he was responsible for promoting foreign direct investment in Kazakhstan with the UAE royal family. He met Sheikh Suroor Bin Mohammad Al Nahyan during a visit to Abu Dhabi in February 2016. This cooperation may have proved useful for his company Capital Holding which was created in 2006 and which may be used for investments in Emirati properties and resorts.

A wealth of collaborations

Through Capital Holding, Nurali Aliyev has been able to consolidate his empire in his country’s telecommunications sector while at the same time indulging his passion for boxing. Capital Holding sponsors Kazakh boxer Gennady Golovkin. Until March 2017, the group listed several Kazakh partners on its website, all of them linked to the telecommunications sector: fibre optic specialist VT Services, which works in the country with Cisco, Hewlett Packard and Ericsson, data centre provider Archkon, and IT systems integrator Nortex, which works with US firm Cisco in Kazakhstan, Juniper Networks and Extreme Networks. VT, Archkon and Nortex all have Transtelecom as a client.

From Kazakh sugar to London villas

Nurali Aliyev started out in Kazakhstan’s sugar market. He managed to keep his father’s legacy alive even after Rakhat fell from grace in 2007. That same year, Nurali became deputy chairman of the board of Kazakh bank Nurbank and held that role until 2010. In February 2015, Rakhat was found dead in a prison in Vienna, after being accused of kidnapping and murdering two of the bank’s managers.

Aliyev Junior came under the spotlight in the British press following revelations by the so-called “Panama Papers” leak and subsequent investigation by the National Crime Agency. His name has been linked to several London properties managed by the company Greatex, as well as to two companies registered in the British Virgin Islands: Alba International Holdings and Invigorate Group Limited. Nurali Aliyev was assisted in the management of these companies by Kazakhs Askar Tarabayev, chairman of Alba when it was established in 2014, and Mukhamed Ali Kurmanbayev, director of Greatex between 2008 and 2014. Residing in Dubai and London respectively, Tarabayev and Kurmanbayev briefly ran the British private jet company Finesse Executive Limited in 2013.

Following the investigation, the NCA issued unexplained wealth orders on Nurali Aliyev’s British properties. At the time, Aliyev used the services of lawyers Alison Pople and Aaron Watkins, affiliated to the London law firm Mishcon de Reya  to defend him. The accusations were rejected in April 2020. The ruling does, however, provide a glimpse into the offshore structure of Nurali Aliyev’s real estate holdings, which are owned by the Curacao-registered Manrick Private Foundation and the Anguilla-based Alderton Investments.

Nurali Aliyev’s political and financial environment in Kazakhstan is very much a family affair, in which one of the most influential members remains his uncle Timur Kulibayev, the new husband of Dinara Nazarbayeva and head of Kazenergy, the Kazakh energy conglomerate.