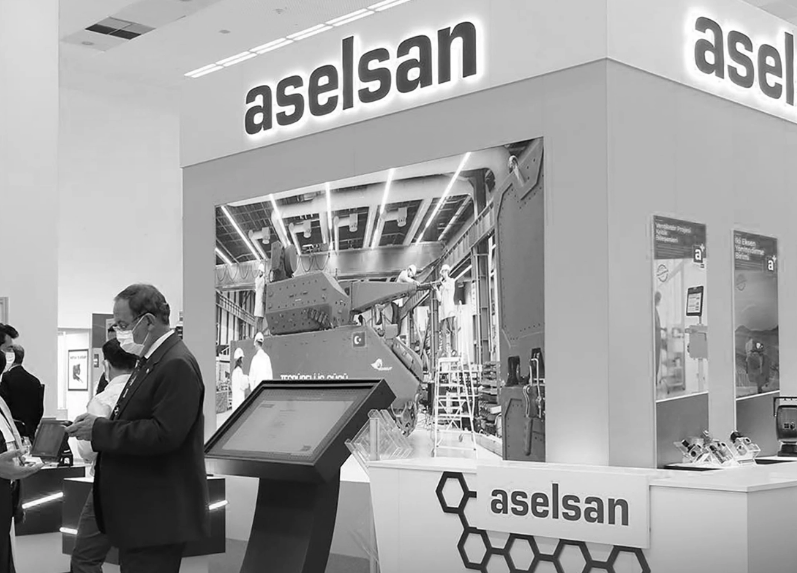 While Gorgun and his troops were in Doha, another delegation from Abu Dhabi was on a visit in Ankara to follow up on the groundwork laid down by UAE Crown Prince Mohammed bin Zayed al Nahyan (MbZ) when in Turkey two weeks earlier. The Emirati emissaries met with drone manufacturer Baykar Makina but also visited Aselsan’s headquarters. The UAE is keen to be involved in an issue at the heart of Turkey’s military industry: according to our sources, the Ankara government may restructure Aselsan by either opening the capital to new investors or selling shares. Abu Dhabi is showing interest in a situation that for months Turkey had only discussed with Qatar.

Aselsan’s majority shareholder, the Foundation for Strengthening the Turkish Armed Forces (TSKGV), has already quietly amended its statutes to allow the sale of its assets, starting with Aselsan, but also Tusas and Havelsan. Over the past two years, Recep Tayyip Erdogan’s government has gradually been making changes to the TSKGV’s governing bodies by replacing long-serving generals with civilians linked to the ruling AKP party.

While the UAE has been upping the game, Doha still has a comfortable lead in terms of networking and understanding the Turkish environnement. In addition to a strongly established strategic alliance – very fruitful at the time of the Qatar blockade in 2017 – the two partners have already held shares in the same projects. Barzan, via its predecessor Qatar Armed Forces Industry Committee, has held shares in local armoured vehicle manufacturer BMC since 2014. This was at the same time that Erdogan’s political supporter and close friend, businessman Ethem Sancak, also held shares in the company. Sancak sold his stake in June to steel producer Fuat Tosyali, another businessman close to the Turkish head of state.

Qatar and the UAE both already have other well-established military industry networks to draw on. Together, Aselsan and Barzan – which has many Turkish engineers and salespeople in its ranks – operate the joint venture BARQ QSTP (also called Aselsan QSTP-B), 1% of which is owned by the partly state owned SSTK, which specialises in high-tech weaponry.

Aselsan’s former CEO Faik Ekenis well placed at the heart of the bilateral relationship, as the head of operations of another Rheinmetall Barzan Advanced Technologies QSTP-LLC, another of Barzan’s joint ventures this time formed with German armoured group Rheinmetall. To keep the communication channels open, Ankara and Doha can also count on the young Turkish strategist Emrah Dundar, who handles both Barzan’s acquisitions and is a board member of Turkish defence groups, including Oktay Ercan’s Barer Holding, 70% controlled by Barzan.

For its part, the UAE is hoping to catch up with a string of announcements. In late November, it decided to invest $10bn in Turkey. The sovereign wealth fund ADQ (formerly Abu Dhabi Developmental Holding), overseen by the national security adviser Tahnoon bin Zayed Al Nahyan , has forged an alliance with the Turkish Presidency’s Investment Office.

The UAE has traditionally had connections in Turkey via its arms procurement authority, Tawazun, which has been working with Aselsan for a long time. Tawazun CEO Tareq Abdul Raheem Al Hosani, the former deputy director of the National Electronic Security Authority and a board member of International Golden Group , takes advice on defence technology acquisitions from Tahsin Aznavuloglu, a former head of international cooperation at Savunma Sanayii Müstesarligi, the Turkish ministry of defence arm for acquisitions.