Latest Posts
12:44
Home Reports Amr Moussa is the new Chairman of the Board of Trustees of the International Peace Foundation, Interpeace 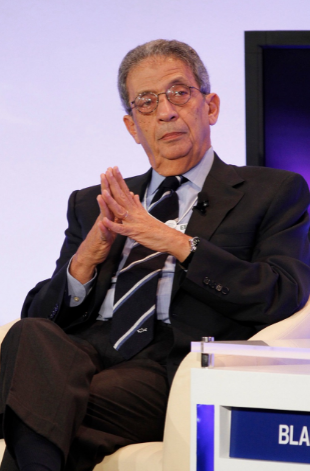 Amr Moussa is the new Chairman of the Board of Trustees of the International Peace Foundation, Interpeace

Interpeace International announced the selection of Mr. Amr Moussa as the new Chairman of its Board of Trustees. The organization’s statement stated that the prominent Egyptian statesman will succeed Irish legislator Monica McWilliams, who completed her second four-year term with the Board of Trustees in mid-2021.

In the words of its CEO, Scott Webber, Interpeace said that Amr Moussa’s regional experience, deep wisdom and inspiring vision will increase Interpeace’s impact during the organization’s growth period. “His leadership will be critical to our ability to build peace and promote resilience in an increasingly polarized world,” she added. Webber added that rethinking how to build and sustain peace requires the kind of pragmatism and pragmatism that Mr. Amr Moussa has demonstrated during his successful career. The head of the organization concluded his statement by saying that he is pleased to welcome Amr Moussa to Interpeace as we support the capacity of local communities to promote peace and development.

Mr. Amr Moussa stated that in his interactions with civil society and governments, he saw how peace can transform societies; He saw how, in several contexts, trust in institutions and social contracts is eroding, leading to the emergence of new conflicts and preventing the resolution of long-standing conflicts. Moussa added that Interpeace does important work to help societies resolve complex and multidimensional conflicts on their own today, and that he looks forward to joining the organization in its mission to advance the contributions of the international system to peacemaking.

Mr. Amr Moussa presented the Foundation’s statement saying that he held the position of Secretary-General of the League of Arab States for a decade. In this capacity, he led efforts to build regional cohesion, resolve the Arab-Israeli conflict, and lift the siege on Gaza. He also worked to promote dialogue and peace efforts at the cultural and political level with the Vatican, which had an impact on societies in Iraq, Lebanon, and elsewhere in the Arab world. Moussa is also currently a member of the African Union’s Panel of the Wise, whose membership includes veteran politicians and former presidents from across the continent, and advises on conflict prevention and resolution issues to the African Peace and Security Council.

The statement said that Musa, having pursued peace at the highest levels of decision-making, and in some of the most contentious contexts, his arrival is expected to significantly advance Interpeace’s mission around the world.

Interpeace is an international peacebuilding organization that supports local initiatives around the world. Interpeace tailors its approach to each community and ensures that the business is locally owned and paid. Together with local partners and local teams,Interpeace jointly develops peacebuilding programs and helps create processes of change that connect local communities, civil society, government and the international community. The organization operates in more than 20 countries in Africa, the Middle East, Europe, Asia and Latin America. In 2017,  Interpeace was granted international organization status by the Swiss Federal Council of Ministers. As a strategic partner of the United Nations, Interpeace is headquartered in Geneva, Switzerland with offices in Abidjan, Brussels, Guatemala City, Nairobi, New York and Stockholm