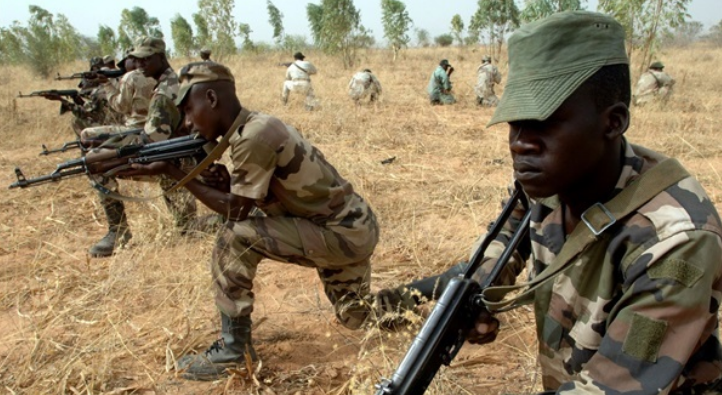 African Sahel states are trying to cope with a decision by French President, Emmanuel Macron, in June to end the French military mission in Africa.

The decision shocked African states due to the dangerous nature of the terrorist threat in some African spots.

The international community has been trying to crack down on terrorist groups in the continent for nine years now. However, the results are minimal.

The countries of the African Sahel are now trying to recover from the French decision and rely on themselves.

They are discovering that they have to fend for themselves in this battle against terrorism.

According to the Malian Ministry of Foreign Affairs, Chad intends to deploy an additional 1,000 troops in Mali to reinforce its forces in the face of the rampant terrorism in the country.

Chad participates has already deployed around 1,400 troops in the 13,000-strong United Nations peacekeeping mission in northern and central Mali.

The mission aims to confront extremist organizations operating in the African country.

The Malian Foreign Ministry said in a statement that the additional Chadian soldiers would reinforce the Chadian forces participating in the peacekeeping mission and other Chadian forces in the country.

According to Chadian government spokesman, Azim Bermandoua, the additional troops would leave for Mali soon.

He declined, however, to provide information about the size of the additional force or the timeframe for it would be deployed in Mali.

“After the withdrawal of the French forces, we found it necessary to enhance the operational and tactical capabilities of our forces while awaiting the reorganization of the deployment of the Malian army and the forces of the United Nations,” Bermandoua said.

In February, Chad deployed about 1,000 soldiers in the border area between Niger, Burkina Faso and Mali to reinforce the forces of the three countries after France announced, for the first time, its plan to reduce its military presence in the region.

In mid-December, Egypt hosted the 17th meeting of the African Security and Intelligence Services Committee, during which Egypt received the chairmanship of the committee from the head of Nigerian intelligence for a year.

The committee is concerned with strategic intelligence analysis on threats to peace and security on the continent.

During the meeting, Egypt said it was ready to transfer its expertise in confronting the terrorist threat to the countries of the African Sahel.

Observers said that Egypt has become qualified to export its expertise in this regard, after it trained African elements in intelligence and security work.