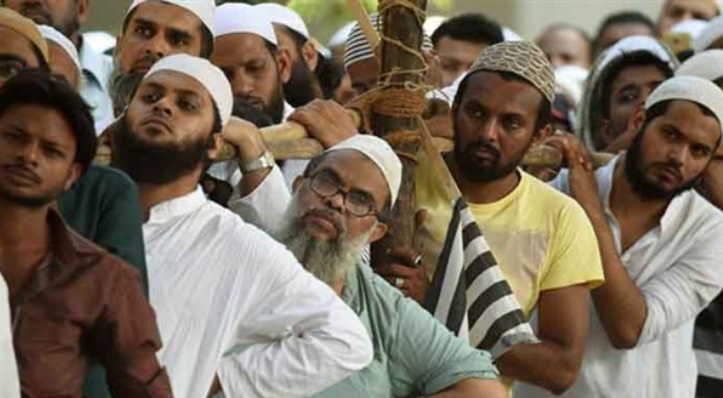 2021: A year of major Brotherhood losses

Islamist movements used to view the Arab Maghreb as their last resort.

This came hard on the heels of the failure of what came to be known as ‘Arab Spring revolutions’ in Syria and the collapse of the ISIS caliphate in Iraq.

These defeats were compounded by the downfall of the Muslim Brotherhood project in Egypt earlier.

The Arab Maghreb was the only area where Islamist movements continued to occupy a position on the political stage.

These movements had their own political parties that participated in elections, led governments and had presence in parliaments.

Nevertheless, all this changed after the political alterations that took place in some Maghreb countries in 2021.

Tunisia was the Islamists’ biggest loss during that year.

The Ennahda Movement, the political arm of the Muslim Brotherhood in Tunisia, used to dominate the country’s political scene for a long time after 2011.

It won a majority of seats in the Tunisian parliament and controlled the government.

However, on July 25 this year, Tunisian President Kais Saied changed this political reality altogether by marginalizing Ennahda through a series of decisions.

These decisions included a freezing of the parliament, the dissolution of the government, and launching an inquiry into rampant corruption.

Today, Ennahda is at the center of accusations, including of involvement in obtaining foreign funds to finance its electoral campaigns during the recent legislative elections.

If proven true, these charges can deprive Ennahda of participation in any elections in the future.

Rifts are also rocking the Islamist movement on all sides as members demand its leader, Rached Ghannouchi to step down.

The Moroccan Justice and Development Party was also another example of the losses the Muslim Brotherhood is sustaining in the Arab Maghreb.

The party followed in the footsteps of Ennahad by losing the latest legislative elections in Morocco.

It came in eighth position in the elections that took place in September this year.