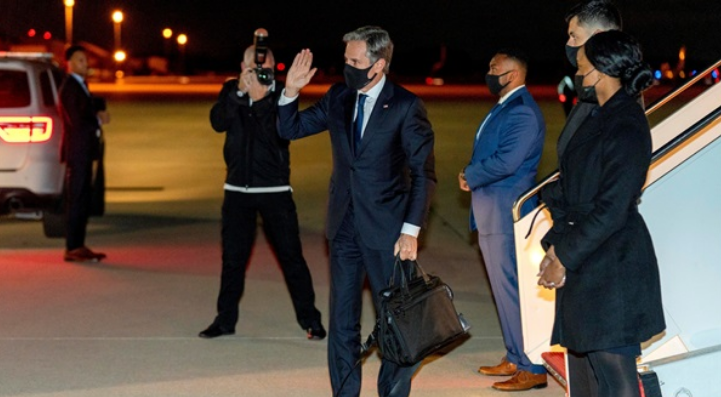 US Secretary of State’s tour in Africa: Causes and consequences

US Secretary of State Antony Blinken visited three African countries this November, and they are what can be considered a mainstay in US President Joe Biden’s strategy in the continent.

The first country was Kenya, the traditional ally of the United States, and the visit came in the context of supporting the imposition of a state of security after the political and security turmoil in the Horn of Africa. Blinken then visited Nigeria, which is the main bet for any Western strategy in the continent, given that it has the largest population and a worrying security situation.

The tour ended with Senegal, which is the most stable model on the continent, and European countries can bet on it as a starting base for the files of neighboring countries.

A large number of African countries are currently suffering from complex security threats, as the circle of conflicts has expanded in the eastern region, including in Somalia, which suffers from a constitutional crisis that has exceeded a year and prevented the election of a parliament or head of state, as well as Ethiopia, which entered a cycle of civil war due to the impact of differences between Prime Minister Abiy Ahmed and the Tigray forces.

The general features in the African scene seem not to be reassuring, posing a major threat to US interests and the entire region, which necessitated an urgent US move in parallel with the visit of the US envoy to the Horn of Africa, Jeffrey Feltman, to Ethiopia and Kenya.

All these files combined and others that are not officially presented, which may include the sale of an arms deal to Nigeria, make it difficult to assign the visit to one specific dimension and attach it to the overall events taking place on the international and regional arena, in addition to the frustration that afflicted the partners of the United States, as well as the fragility of power across large African regions.

The resounding fall of power in Afghanistan following the withdrawal of US forces changed the basic political and military dynamics, as the Americans were subjected to international condemnation due to the country falling into the hands of the Taliban, which various international powers described as an American failure in front of terrorist movements and a victory for global jihadism.

The withdrawal raised the state of anxiety among Washington’s other partners, such as the Gulf states and Ukraine, as well as Taiwan, which may cause a shift in the scales before American interests by turning to another Western ally, which Washington is trying to remedy by broadcasting messages of reassurance to its partners.

Therefore, the United States tried to improve its image through the establishment of Task Force 59 in the Gulf, as well as American moves to resolve the Ethiopian crisis, and finally Blinken’s recent visit to sub-Saharan Africa.

Relationship between Washington and Nairobi

The relationship between the United States and Kenya is characterized by a high degree of specialty, as it is the first African country with which Washington signed a free trade agreement in December of last year.

President Uhuru Kenyatta was also one of the first leaders hosted by Washington after President Biden came to power. Kenya is also a member of the UN Security Council, and it participated in the African Union Mission in Somalia, which counts on it to play an effective role in order to restore security in the region.

Relations with Senegal and Nigeria

Blinken’s visit to Senegal and Nigeria represents an opportunity for the US administration to re-establish its presence as a major player in conflict resolution, especially Senegal, which was assigned the presidency of the African Union for 2022. Washington also supports Nigeria’s role in regional security issues and counterterrorism in the western region of the continent, as well as combating terrorist elements affiliated with ISIS, as Boko Haram is located in the northeast of the country, while there are mass kidnappings by armed gangs in the north and northwest.