Latest Posts
19:11
Home Reports Somalia and Al-Shabaab: Promised land of terrorism while US and Britain intervene 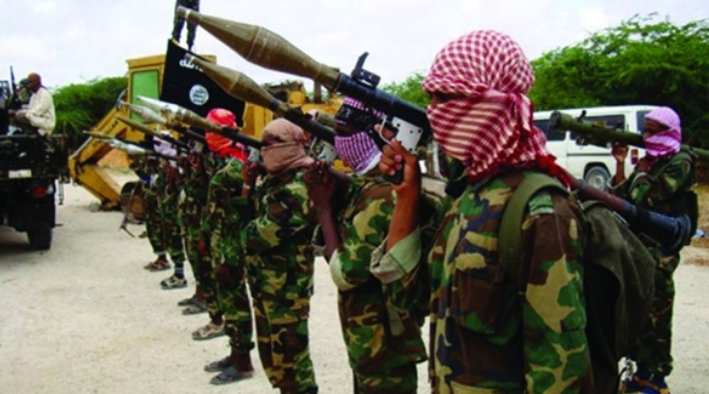 Somalia and Al-Shabaab: Promised land of terrorism while US and Britain intervene

After the recent escalation carried out by Al-Shabaab in Somalia, the United States and Britain took international moves towards Somalia to stop the expansion and spread of the international al-Qaeda affiliate.

On the other hand, senior officials in the administration of US President Joe Biden visited Somalia last week, and the White House said that the goal is to strengthen the war against Al-Shabaab.

According to a White House statement, Assistant to the President for Homeland Security Liz Sherwood-Randall, Commander of US Forces in Africa General Stephen Townsend, and Assistant Secretary of Defense for Special Operations and Low-Intensity Conflict Chris Maier visited Somalia, Djibouti and Kenya.

The statement indicated that the visit focused on advancing the Biden administration’s counterterrorism policy in an evolving threat landscape, prioritizing the most dangerous and growing threats, empowering local partners to prevent and combat terrorist threats within their borders, and working multilaterally with allies and regional and international partners.

Hundreds of elite British forces are preparing to move to Somalia to help fight the growing terrorist networks.

British officers from an elite army unit are already in the area to draw up plans for the mission, which is expected to begin in the late spring of 2022.

British forces are training the 60th Division of the Somali National Army operating between the camps in Baidoa and the capital, Mogadishu.

On the other hand, eleven soldiers serving within the framework of the African Union Mission in Somalia (AMISOM) concluded a training course on the mechanisms of operating unmanned aerial vehicles (drones), which are important for modern military operations.

The UN Support Office in Somalia and AMISOM facilitated a two-week training workshop in Mogadishu in cooperation with trainers from the UN Field Technology Services.

The small unmanned aircraft equipped with an infrared imaging system will be used in convoys, foot patrols, surveillance, search and rescue operations, and battlefield assessments.

These American and British moves come in light of a terrorist escalation, where Al-Shabaab is witnessing a development in its structure and tactics. It has moved from an armed group in Somalia to a terrorist movement affiliated with al-Qaeda and has managed to extend its control over half of the country. It seeks to rule through its attempts to obstruct the Somali elections, especially with the terror it sows in the hearts of Somalis by warning them not to participate in the elections.

The spokesman for the movement issued a direct warning, describing the Somalis as “infidels” if they participated in the elections, revealing that the targeting of tribal elders was for their participation in the formation of the previous government.

The deterioration of the situation is demonstrated by the impossibility of holding elections. In June, Somali Prime Minister Mohamed Hussein Roble announced a schedule for holding the presidential elections on October 10, but they did not take place.

In turn, the International Crisis Group (ICG) noted in September that Al-Shabaab is providing better services than the government, warning that the Taliban’s return to rule Afghanistan has emboldened the Somali movement.

This audacity is reinforced by material strength. ICG said that a study issued in 2020 estimated the financial revenues of the terrorist movement at $15 million per month, and it also established its presence in the countryside, while its shadow management touches all urban centers.

The Washington Post reported that rising tensions in Somalia could further delay the already slow election process, in which the people choose parliamentarians, who then elect the president, noting that “it is time to start talking about more punitive measures from the international community to keep everyone in line before the elections.”