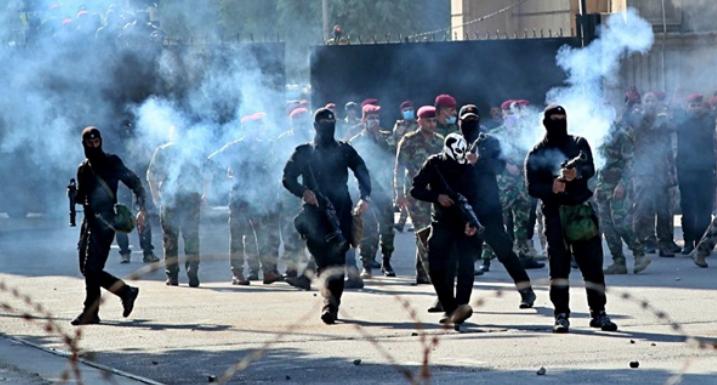 Police used tear gas to disperse hundreds of people in a central Iranian city who were protesting to demand government action over a drought, media reported.

Some videos on social media appeared to show police and protesters clashing in the dry bed of the Zayandehrud River. The video corresponded to known features of the area, though original posters of the material could not be immediately reached by The Associated Press. Other videos showed similar unrest in nearby streets of Isfahan.

Iranian semiofficial Fars news agency said a heavy force brought the gathering of some 500 people in Isfahan to an end. A separate report carried by semiofficial Tasnim agency said unknown perpetrators had damaged a pipeline that transfer waters from Isfahan to other provinces last night.

Farmers reportedly ended a nearly weeks-long protest in the area on Thursday, after authorities promised to compensate them for losses suffered in drought-stricken areas of central Iran.

Drought has been a problem in Iran for some 30 years, but it has worsened over the past decade, according to the U.N.’s Food and Agriculture Organization. The Iran Meteorological Organization says that an estimated 97% of the country now faces some level of drought.

The farming area around Isfahan was once well supplied by the Zayandehrud river, but nearby factories have increasingly drawn on it over the years. The river once flowed under historic bridges in Isfahan’s city center, but is now a barren strip of dirt.

In 2012, farmers clashed with police in a town in Isfahan province, breaking a water pipe that diverted some 50 million cubic meters of water a year to a neighboring province. Similar protests have continued sporadically since then.