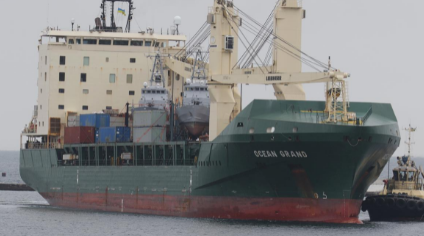 The White House is said to be considering the deployment of military advisers and new weaponry to Ukraine in a move that would probably cross President Putin’s “red lines”.

Air defence systems, such as stinger missiles, as well as Mi-17 helicopters, Javelin anti-tank missiles and mortars are among the military equipment being discussed, CNN reported, citing sources close to the Biden administration.

The Mi-17 is a Russian-made helicopter that the US initially purchased to give to the Afghan army before the Taliban’s takeover in August. The Pentagon is now considering handing them to Ukraine instead.

The United States has provided Kiev with $60 million in military aid since Russia annexed Crimea from Ukraine in 2014, including Javelin anti-tank missiles.

There are believed to be serious concerns within the administration, however, that Russia would view a new supply of lethal aid to Ukraine as a serious escalation.

The discussions come after Brigadier Genera Kyrylo Budanov, the head of Ukraine’s defence intelligence agency, warned that Moscow could launch an invasion as early as January.

“We need more [military assistance]. No countries except Ukraine have an open war with Russia,” Budanov told The Military Times website this week. “That’s why we’re sure the US should give us everything we didn’t get before. And right now. It’s the right time for this. Because after, it could be very late.”

Budanov also confirmed for the first time that Ukraine had fired Javelin missiles at Russian-backed forces in the Donbas region, where the Ukrainian army is trying to claw back control of two self-proclaimed republics. Ukraine was barred from bringing the weapons to the front line until last year when Washington gave it permission to use them defensively in the Donbas.

Officials in Kiev have warned of a “dangerous” build-up of Russian forces near Ukraine’s eastern borders. President Zelensky has estimated that Russia now has about 100,000 troops within striking distance of his country.

“Russia may make a serious mistake of attempting to rehash what it undertook back in 2014, when it amassed forces along the border, crossed into sovereign Ukrainian territory and did so claiming falsely that it was provoked,” Antony Blinken, the US secretary of state, said last week.

Putin, 69, has warned on a number of occasions that Russia would consider the expansion of Nato military infrastructure in neighbouring Ukraine as a threat to its national security. He has also lashed out against the presence of US warships off Russia’s Black Sea coastline, as well as approaches by Nato aircraft to within 12.5 miles of Russia’s borders.

“We’re constantly voicing our concerns about this, talking about red lines but we understand our partners — how shall I put it mildly — have a very superficial attitude to all our warnings and talk of red lines,” Putin said.

Moscow has also been angered by Kiev’s deployment of Turkish-produced Bayraktar military drones in eastern Ukraine. Russia says their use violates the terms of a ceasefire deal that was signed in 2015 but quickly collapsed. Fighting has escalated in the war-torn Donbas region in recent weeks.

The Kremlin denies that it is planning to invade Ukraine and says it has the right to move its forces around its own territory as it sees fit, while Dmitry Peskov, Putin’s spokesman, has accused western countries of deliberately whipping up tensions.

“Russia isn’t going to attack anyone. Russia is not hatching any aggressive plans, and it is absolutely wrong to claim otherwise,” he said today. The rouble slumped dramatically this week as investors were spooked by rumours of a new conflict.

“The Americans are painting a frightening picture of hordes of Russian tanks that will start to crush Ukrainian cities,” the SVR, Russia’s foreign intelligence service, said.

It also warned, however, that similar tensions had been observed on the eve of Russia’s 2008 war with Georgia, which ended with Russian forces occupying one fifth of the former Soviet state.

“The provocative policy of the United States and the European Union, which has deliberately strengthened Kiev’s sense of permissiveness and impunity, causes extreme concern,” the SVR said.

Russia froze all ties with Nato last month as relations plunged to a new low over a spying row. The move came after Nato expelled eight members of Moscow’s mission in Brussels, where the alliance has its headquarters. Nato said the Russians were “undeclared intelligence officers”. Russia denied the claim.