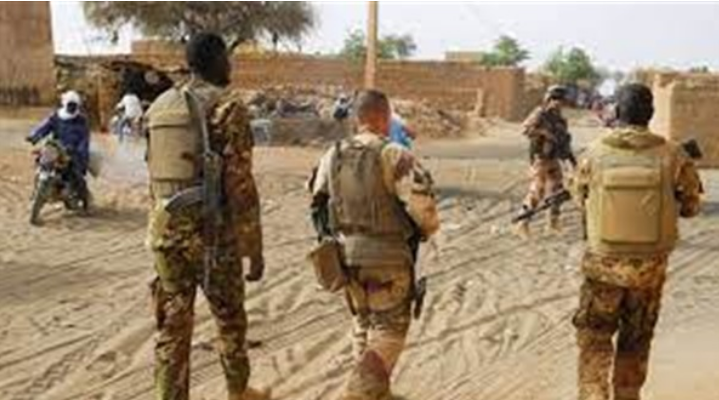 On Saturday, November 6, Niger’s Ministry of Defense announced the killing of 11 soldiers and the loss of nine others as a result of a bloody terrorist attack on an army post in the west of the country.

A statement issued by the ministry said that the attack killed 11 soldiers and wounded one soldier, adding that air and ground reinforcements sent to the area continue to comb the area.

The statement indicated that the soldiers targeted in the attack had been deployed in the area to ensure the safety of thousands of villagers who returned to their homes after massacres of dozens of civilians at the hands of terrorists.

Rely on the army

Niger is facing terrorist insurgencies on its western border with Mali and on its southeastern border with Nigeria, where al-Qaeda affiliates are active in the Maghreb, in addition to ISIS and Boko Haram.

Nigerien President Mohamed Bazoum asked his compatriots during a Saturday visit to the western city to rely on the army to fight the terrorist threat.

“I would like you to rely on the Nigerien army. Its job is to ensure your safety,” he told about a thousand people across from the Bani-Bangou city headquarters.

“I understand that you are not satisfied with our return and our performance. If you think that you can guarantee your defense, that is legitimate, but who should guarantee your security is the country that you should rely on,” he added.

The head of state was referring to the self-defense committees that were formed recently in the region to ensure the security of farmers, who are constantly targeted by armed men in their fields.

Local sources reported that one of those committees headed by a member of the Bani-Bango city council was subjected to the bloody ambush on Tuesday, and among the 84 members of the vigilance committee, 69 were killed, including the city’s mayor.

“We have deployed forces, but the area is huge and the needs are many. Terrorists use motorbikes, they are fast and cowardly and come to isolated villages. Above all, we must avoid that this leads to a deterioration of the relationship between the local communities. We are brothers,” the president said.

The Nigerien government had declared 48 hours of national mourning, starting Friday, after 69 villagers from the Self-Defense Force were killed in an attack in the Tillaberi region in the west near the border with Mali.

The Tahoua region near Tillaberi witnessed the killing of 141 people inMarch at the hands of terrorists. Tillaberi is a vast and unstable region, with an area of about 100,000 square kilometers. Since 2017, it has been the scene of bloody attacks by terrorist groups linked to al-Qaeda and ISIS.

For its part, the French Center for Strategic and International Studies stated in a study that security doubts in the region caused the continuous escalation of conflicts and political protests, as well as the continuation of military coups against the ruling regime, which led to undermining the pillars of internal security and enhancing citizens’ sense of uncertainty and mistrust in the ability of the ruling security forces and their allies to extend their security authority.

The center added that the intervention of foreign forces has become an additional justification for terrorist groups by targeting public places or places of passage for these forces, which causes the death of civilians. The leaders of terrorist groups active in the Sahel justify their terrorist operations as a “response to the presence of Western military forces in the Sahel region,” stressing that without the presence of these forces, “they would not have resorted to hostilities.”