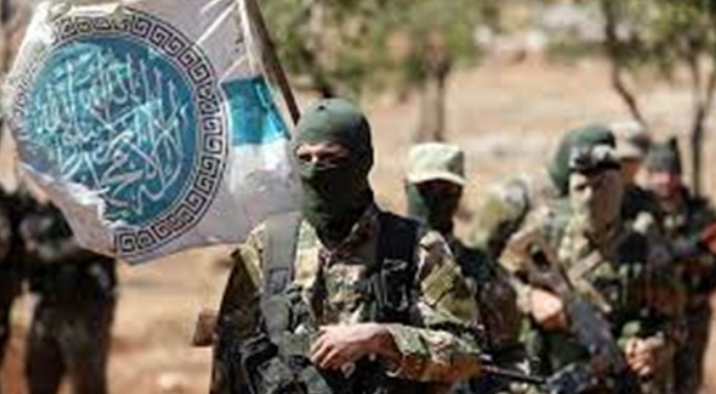 Message to the West: Idlib under media control of Tahrir al-Sham

Hayat Tahrir al-Sham (HTS) continues to violate all commercial activities in Idlib as it takes possession of them completely by force. The latest of these attempts is the control of advertising companies in the northern governorate. The Idlib City Council, which is affiliated with HTS’s illegitimate Ministry of Local Administration in the governorate, issued a decision last week to remove all signs from public roads. The decision demanded all those who placed signs on electricity poles along the public road between the Al-Mutanabbi roundabout and the Al-Karra roundabout in the center of Idlib to remove all billboards within a week in order to start the process of lighting the roads.

The Syrian Observatory for Human Rights confirmed that the decision to remove banners and advertisements from some Idlib streets is part of a general plan in all Idlib regions managed by HTS, and the implementation of the plan began about two months ago.

The Observatory added that the plan to remove advertisements on all kinds of roads also aims to invest in this sector, meaning that advertising in Idlib will be limited to one company chosen by HTS’s Syrian Salvation Government (SSG).

Al-Monitor news confirmed in a report that the Creative Inception company for media production and advertising is directly linked to HTS and was established in 2020 based on a plan developed by HTS to infiltrate the ranks of civilians in Idlib and control the media and advertising sectors in order to achieve financial gains for the HTS government, in addition to allowing it to control, unify and direct the media discourse in Idlib to support HTS and its illegitimate government.

Al-Monitor pointed out that this company is working to attract journalists and media activists in Idlib, especially new graduates from media institutes in the areas under its control, and it provides them with good equipment and training in an attempt to control the media.

This company also supports a variety of programs on its social media platforms that address local, economic and social issues in Idlib, and it also supports HTS’s directives. In addition, it specializes in entertainment programs, talks about political and military issues, and conducts dialogues with opposition figures in Syria and abroad.

Message to the West

The Syrian Observatory said that among HTS’s goals by controlling the media in Idlib is an attempt to send a media image to the West. When HTS was battling the Jundallah faction in the Turkmen Mountains area in the northern countryside of Latakia at the end of October, it allowed a delegation of journalists working for the Washington Post to deliver a message to the West that it is fighting terrorist organizations.