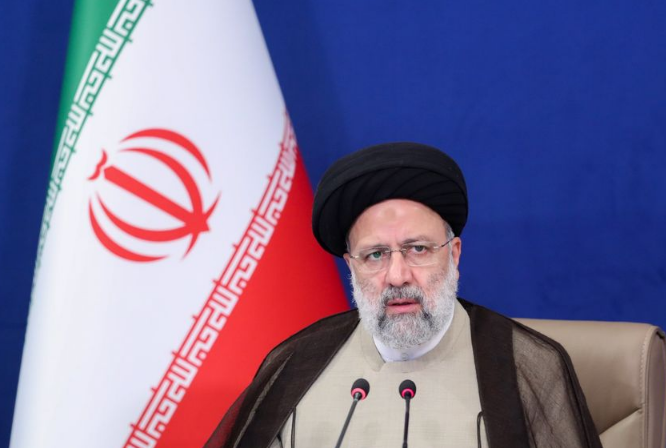 Israeli officials are urging the White House not to strike a partial nuclear deal with Iran, warning it would be a gift to the new hard-line government in Tehran and stoking a growing public rift with the Biden administration over Iran’s nuclear program.

Senior Israeli officials say they fear that Washington is setting the stage for a “less-for-less” deal that would offer Tehran partial sanctions relief in exchange for freezing or winding back parts of their nuclear work. The tension comes as nuclear talks are set to resume on Monday, with expectations low that the 2015 nuclear deal—which the Trump administration withdrew from—can be fully revived.

U.S. officials characterize the discussions of a less-for-less deal as brainstorming, as American diplomats intensify their discussions with friendly European and Middle East countries about how to deal with Iran’s advancing nuclear program. Iran has kept the talks on standby since hard-line new President Ebrahim Raisi was elected in June.

U.S. officials say they have discussed a number of ideas for how to keep diplomacy alive if Iran’s new government indicates it won’t return to the 2015 nuclear deal soon but they say they have put no new proposal or initiative on the table.

“Israel is very concerned that the U.S. is setting the stage for what they call a ‘less for less’ agreement,” a senior Israeli official told The Wall Street Journal. “Such an agreement would be detrimental and would only benefit the Iranian regime…It would be an enormous gift to Iran’s new, radical and IRGC affiliated regime,” the senior Israel official said, referring to Iran’s Islamic Revolutionary Guard Corps.

Israel, which views a nuclear-armed Iran as an existential threat, opposed the 2015 deal, arguing that its temporary limits on Iran’s nuclear work didn’t block Iran’s long-term path to produce nuclear weapons. Iran has accused Israel of sabotaging its nuclear facilities and killing its scientists, which Israel hasn’t accepted responsibility for.

In recent weeks however, Prime Minister Naftali Bennett’s government has stepped up warnings that it could act militarily against Iran’s nuclear work. The government has said it is setting aside an additional $1.4 billion from its budget for addressing Iran’s military threat.

In a speech earlier this week, Mr. Bennett said Israel wouldn’t allow Iran to create a nuclear-weapons program and achieve hegemony in the Middle East.

“We hope the world does not blink, but if it does, we do not intend to,” Mr. Bennett said.

In recent days, Iranian officials have dismissed the idea of a partial deal, demanding the U.S. deliver full, upfront sanctions relief and offer guarantees that Washington won’t again back out of the agreement. Iran says its nuclear program is peaceful and there is no evidence it is actively pursuing a nuclear-weapons program at present.

U.S. officials continue to say that their goal remains the full restoration of the 2015 deal, which lifted most international sanctions on Iran in exchange for strict but temporary constraints on Tehran’s nuclear program. However there is growing concern that Iran’s nuclear advances will make it impossible to replicate the central Western gain from the 2015 accord—to keep Iran at least 12 months away from amassing enough nuclear fuel for a weapon.

Speaking to NPR’s Morning Edition, U.S. senior Iran envoy Rob Malley acknowledged that Israel remains opposed to the nuclear deal but said “they understand that if we go back to the deal, they won’t…try to stop it.”

A State Department spokeswoman said Wednesday that there has been no change in the U.S. negotiating posture, and that the Biden administration continues to believe “a mutual return to full compliance with the JCPOA is the best diplomatic path forward.”

Mr. Malley’s recent visit to Israel included “full and transparent consultations on the Iran-related challenges facing us,” the spokeswoman said, noting the allies’ shared interest in preventing Tehran from obtaining a nuclear weapon.

“We are ready to return to talks,” the spokeswoman said. “If Iran does so with realistic positions, we can quickly reach and implement an understanding on a mutual return to full compliance with the deal. But if Iran does not, we will respond accordingly and have a variety of tools at our disposal.”

A less-for-less agreement could be used in different scenarios, Western diplomats say. Given the sharp differences between Iran’s new government and the Biden administration, it could be used as a permanent solution for preventing the nuclear standoff spilling into military conflict. It could also potentially be used as a way of temporarily preventing Iran’s nuclear work advancing, giving Iran and the U.S. more time to find a permanent, broader nuclear agreement.

There is precedent for a partial deal. In 2013, the U.S. struck an interim pact with Iran which provided Iran close to $700 million a month in sanctions relief in exchange for freezing production of 20% enriched uranium and shrinking down their stockpile of higher enriched nuclear fuel among other steps.

However Israeli officials warn a partial agreement would boost the resources Iran has to intervene across the region, would leave Western powers beholden to constant Iranian threats to resume nuclear-fuel production again and would legitimize Iranian violations of nuclear safeguards rules set by the U.N. atomic agency.

“Such an agreement will convince the Iranian public and countries in the region that nuclear blackmail works,” said the senior Israeli official, who said the U.S. was engaging with Iran despite its stalling tactics for the talks and an allied militia’s attack on a U.S. base in Syria. “It looks like the U.S. might be giving Iran a bargain deal.”

The Israeli comments come after months of efforts by the Biden administration and Bennett government to show a united front over how to handle Iran. They had hoped to prevent the open arguments over the U.S. nuclear diplomacy with Iran that occurred between the Obama administration and former Prime Minister Benjamin Netanyahu.

When they came into office, Mr. Bennett and his Israeli officials had said they would try to voice their concerns and differences privately but in recent weeks, differences over Iran have spilled increasingly into the open.

One of the arguments Israeli officials have voiced in the past about the nuclear deal is that by providing sanctions relief, Iran has been able to divert more resources to its military and nuclear programs. Biden administration officials have argued that Iran’s regional aggression increased after the U.S. exited the accord and placed sweeping sanctions on Tehran.

“Throughout the last two years, we’ve seen a clear spike in Iran’s regional aggression. Fewer restrictions will result in more aggression and more regional upheaval fueled by the more money they will have obtained by sanctions relief,” said a senior Israeli security official. “This will pose a danger to the security of the state of Israel and the stability of the Middle East.”

There are differences among top Israeli officials over whether the 2015 deal at least bought time to handle the problem.