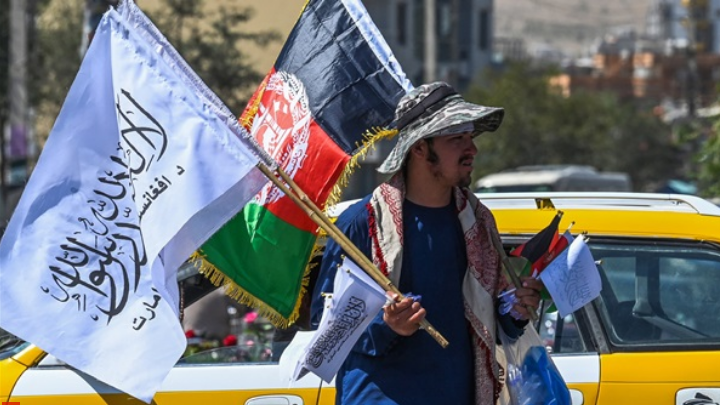 The ISIS-Khorasan branch represents a special importance for the map of international extremism related to the sensitivity of the place and the momentum of the temporal links of the group of intertwined interests in the region, and therefore the future of the extremists in that alleged state depends on multiple propositions about the regimes’ ability to absorb emerging crises amid the priority of maintaining security and the desired economic and political gains achieved.

There are many political narratives about the ambitions of ISIS as a terrorist group with an international character towards expansion in the region and the establishment of a major empire, taking advantage of the security turmoil in Afghanistan and then expanding towards Pakistan as a temporary goal before the Asian expansion. This in turn ensures fierce competition between ISIS elements and the founders of al-Qaeda to protect their main geographical stronghold.

Pakistan has a common border with Afghanistan, which hosts ISIS-Khorasan, and the organization took advantage of the escalating turmoil in Kabul following the military withdrawal of the United States and its allies from the country to double its activities in the region, carrying out a series of bloody attacks, most notably the bombing of Kabul Airport on August 26, which led to at least 72 people killed and others wounded, in addition to the bombing of a Shiite mosque in Kandahar in the south of the country in October, which caused dozens of casualties.

ISIS aspires to develop its presence in Afghanistan in order to expand within the borders of Pakistan, trying to penetrate through the border security disturbances and exploiting the societal dimensions of the nature of the religious entrance and its links within the societal structure of Islamabad.

Indian media such as the Hindustan Times and others reported in October that the leaders of ISIS-Khorasan planned to spread to Pakistan in order to extend their points of presence on the Asian map as well as maintain their growing focus in Afghanistan by targeting cooperation between the successive governments of Afghanistan and Pakistan.

Also, ISIS’s plans to expand in Pakistan include its goal of competing with the Taliban, trying to destabilize the latter’s rule in the hope of creating a broader influence in Afghanistan, and embracing the largest number of troubled elements in the region by questioning the ideological foundation of the Taliban and exhausting its military power.

Mechanisms of cooperation between Pakistan and Taliban to confront ISIS

The Pakistani government and other regional partners are counting on the Taliban as the new ruler of Afghanistan to carry out its tasks to confront ISIS and be a first bulwark against the terrorist organization’s tendencies in the region. Will the partnership between Islamabad and the Taliban succeed in confronting the ISIS tide, and to what extent will that relationship govern the developments of extremist competition in the region?

The Washington Post reported on October 24 that there is intelligence cooperation between the Pakistani government and the Taliban to stop the threat of ISIS, and the newspaper pointed out that Pakistan’s intelligence services provide the militant movement with information and special data to help it stop the ISIS tide.

Pakistan’s secret services are also working to eavesdrop on the phone calls and internet messages of ISIS elements to identify them and help the Taliban target them. Thus, Islamabad is striving to achieve its regional security by fighting in cooperation with the new ruling Afghan movement.

Regarding the different reactions to the growth of ISIS in the region in light of the rise of a religious extremist movement controlling Kabul after years of international fighting against it as a partner in major terrorist attacks, Nourhan al-Sheikh, a professor of political science at Cairo University who specializes in Asian affairs, said that ISIS’s expansion in the region will be a strategic reason for the international and regional support that the Taliban will get.

In a statement to the Reference, Sheikh indicated that the major countries in the region consider ISIS their first and most dangerous enemy. Russia has a strict strategy, especially against the terrorist organization, as well as China, which fears extremist influence that could affect it, while Iran fears sectarian violence that could threaten its stability.