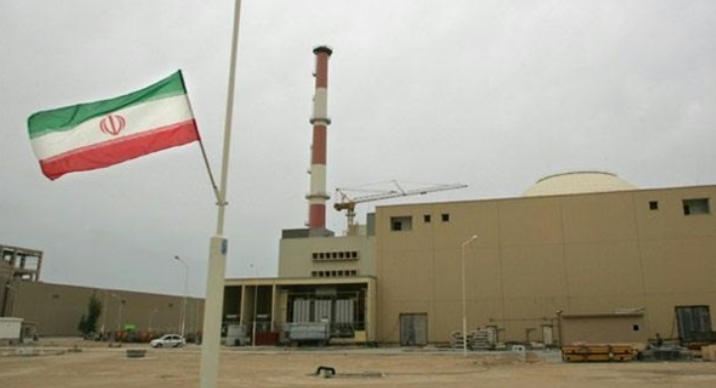 Iran has been subjecting international nuclear inspectors to invasive physical searches in an intimidation campaign designed to block monitoring of sensitive nuclear facilities, Britain has warned ahead of key nuclear talks.

Diplomats from Britain, France, Germany, China and Russia will meet an Iranian delegation in a luxury hotel in Vienna for a fresh effort to stop Tehran developing a nuclear bomb on Monday.

They will try to persuade Iran to return to compliance with a 2015 nuclear agreement, and will shuttle across town to another luxury hotel to persuade a separate US delegation to ease sanctions in exchange.

It will be a delicate and laborious process that could run well into the new year.

But British officials warned that an apparent effort to block access to the International Atomic Energy Authority, which has a mandate to inspect compliance with the nuclear non-proliferation treaty to which Iran is a signatory, shows that time to make a deal is rapidly running out.

IAEA inspectors have been subject to “intimidation through excessively invasive physical searches,” Corinne Kitsell, Britain’s ambassador to the IAEA board, said on Friday.

“Iran’s new security procedures are inconsistent with both internationally accepted security practices and the Agreement on the Privileges and Immunities of the IAEA, and prevent IAEA inspectors from being able to effectively discharge their functions under the NPT Safeguards Agreement,” she said in remarks to an IAEA board meeting.

The warning comes days after Rafael Grossi, the head of the IAEA, said following a trip to Tehran this week that he had made no progress on several disputes including access to a workshop that makes components for centrifuges needed for high-level enrichment.

“We are close to the point where I would not be able to guarantee continuity of knowledge,” he said on Wednesday.

Britain, France and Germany said in response that Iran had “no plausible civilian justification” for enrichment to such concentrations and warned that such activities are “irreversibly” reducing the counter-proliferation elements of the deal.

They said the stockpile is already large enough to produce “more than one” nuclear weapon if it is further enriched and that the treaty designed to avert such a scenario is rapidly losing its “counter-proliferation” effects.

The remarks will put further pressure on efforts to revive the 2015 Joint Comprehensive Plan of Action, a multilateral agreement between Iran, the United States, Britain, France, Germany, Russia, China and the European Union.

It provided Iran with relief from International economic sanctions in exchange for curtailing its nuclear program, which western powers feared was aimed at producing a nuclear weapon.

The deal collapsed in 2018 when Donald Trump pulled the United States out of the arrangement and imposed additional sanctions, saying it did not go far enough to constrain Iran’s nuclear program and failed to address its missile building program and “malign activity” in the Middle East.

Iran responded by suspending its own compliance with the deal, including by restarting uranium enrichment and installing advanced centrifuges banned by the agreement.

President Joe Biden has said he wants to return to the agreement, but wants Iran to return to full compliance before lifting nuclear-related sanctions.

Iran says it wants all sanctions lifted first, plus guarantees the United States will not quit the agreement again, and firm proof of the economic benefits of complying.

Progress may also be constrained by divisions within the Iranian government and ambiguity about the regime’s own objectives.

Ebrahim Raisi, the current Iranian president, was elected in June partly on a public pledge to lift sanctions and ease the economic stresses facing the Iranian public. Ayatollah Ali Khamenei, Iran’s supreme leader, has also instructed the government to find a way to lift sanctions, but has not specified how.

Hossein Amirabdollahian, Iran’s foreign minister, said on Friday that Iran was entering the talks in “good faith” and wanted sanctions relief within a verifiable process.

“If the opposing sides are prepared to return to their full obligations and the lifting of sanctions, a good and even immediate agreement can be reached,” he told EU foreign policy chief Josep Borrell, according to Iranian media.

But Mr Raisi is also a hardliner with far less inclination to compromise with the West than Hassan Rouhani, his reformist predecessor and the architect of the original deal. He suspended talks on restarting the JCPOA after his election to allow him time to appoint a new negotiating team.

Ali Bagheri Kani, the new chief negotiator appointed by Mr Raisi, said earlier this week that the US would have to drop all sanctions if talks are to succeed – something Mr Biden has ruled out.

Some elements within the Iranian establishment believe Iran proved its economic resilience under Donald Trump’s “maximum pressure” sanctions and have argued that there is no reason to make further concessions, a senior Iranian diplomat said.

Some US allies say that is a flat-out lie. Israel is widely believed to have launched a covert sabotage and assassination program against Iranian nuclear scientists in response.

Diplomats from other western powers say it is not clear whether Iran’s government has made up its own mind whether it wants a deterrent or not, but that it is growing close to having the option.