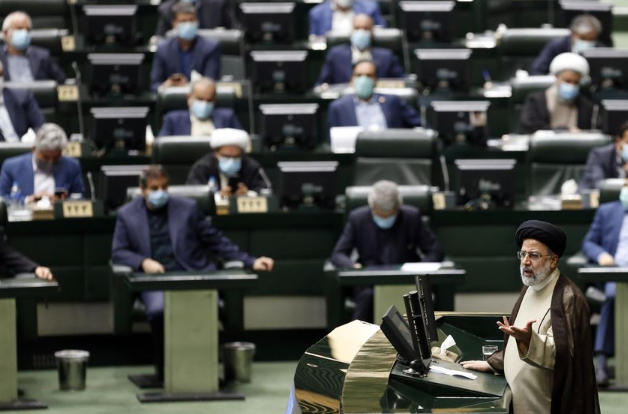 Iran has resumed production of equipment for advanced centrifuges at a site the United Nations’ atomic-energy agency has been unable to monitor or gain access to for months, diplomats familiar with the activities said, presenting a new challenge for the Biden administration as it prepares for nuclear talks.

The renewed work has raised concerns among Western diplomats who say it could allow Iran to start secretly diverting centrifuge parts if Tehran chose to build a covert nuclear-weapons program, although they say there is no evidence at this point that it has done so.

Iran resumed work on a limited scale in late August at an assembly plant in Karaj, a city west of Tehran, and has since accelerated its production, allowing it to manufacture an unknown number of rotors and bellows for more advanced centrifuges, diplomats said. Iran had stopped work at Karaj in June after a sabotage attack that Tehran blamed on Israel, which hasn’t acknowledged responsibility.

According to the diplomats, Iran has now produced significant amounts of centrifuge parts since late August, with one of the diplomats saying it has produced parts for at least 170 advanced centrifuges. Centrifuges are used to spin enriched uranium into higher levels of purity either for civilian use or, at 90% purity, for nuclear weapons.

Iran has withdrawn from most commitments under the 2015 nuclear deal since the Trump administration reimposed sanctions in November 2018. In February, Iran scaled back International Atomic Energy Agency oversight of many of its nuclear-related sites, including Karaj, but agreed to keep agency cameras and recording devices in place at Karaj and some other sites.

All of the recent work at Karaj has taken place without any official IAEA monitoring, the diplomats said. Iran significantly tightened security at Karaj after the June alleged sabotage, the latest in a series of explosions at its nuclear facilities over the past two years.

Iran’s production of centrifuges is a critical issue in talks beginning Nov. 29 to revive the nuclear deal, which the Biden administration is hoping to restore. Former President Donald Trump withdrew the U.S. from the accord in May 2018.

The original deal was built around the idea that Iran should be kept at least one year away from being able to produce enough nuclear fuel for one bomb—its so-called breakout time. Since the U.S. exited the deal, Iran has installed more than 1,000 more advanced centrifuges, which are able to enrich uranium more quickly. That has helped reduce Iran’s current breakout time to as little as a month.

The IAEA has echoed Western concerns that Iran’s nuclear activities are no longer being fully tracked, saying in September that Iran’s failure to restore cameras to Karaj is seriously compromising the agency’s ability to ensure continuous knowledge about the nuclear program.

According to one of the diplomats familiar with Iran’s program, Iran has installed the centrifuges whose key parts were produced at Karaj at Iran’s underground, heavily fortified, Fordow site. The diplomat said there is no evidence the centrifuges parts have been diverted elsewhere but “as the number of unmonitored centrifuges increases, the likelihood for this scenario increases.”

There is no evidence Iran has a covert nuclear program, the diplomats said, and Iran’s core nuclear facilities, including Fordow and Natanz, which produce enriched uranium, remain under IAEA oversight. Iran says its nuclear activities are purely peaceful.

The IAEA didn’t respond to a request for comment. The agency is expected to issue its latest report on Iran’s nuclear program this week. There was no response from Iran’s IAEA mission.

Iran’s work at Karaj creates a new complication for nuclear talks, which are already shaping up to be extremely tough because of differences between the U.S. and Iran’s new hard-line government under President Ebrahim Raisi on restoring the deal.

Western diplomats have warned that without a clear understanding of what material and equipment Iran has now, it is harder to reach an agreement that ensures effective but temporary restrictions on Iran’s nuclear activities in exchange for the lifting of most international sanctions.

Tensions over monitoring have been growing for months between the IAEA and Iran.

Iran in February suspended oversight of its uranium mines, yellowcake facilities and centrifuge-assembly plants, including Karaj, which were supposed to be kept under IAEA cameras and other supervision under the 2015 nuclear deal.

However, Iran made a side deal at the time that the IAEA could keep cameras and other recording equipment going at the sites and that Tehran would store and hand over the footage to the agency if a deal was struck on reviving the 2015 accord.

In September, after a last-minute visit to Tehran, IAEA Director-General Rafael Grossi won Iran’s agreement for inspectors to access these facilities to reset cameras and other monitoring equipment.

However, in late September, the IAEA said Iran had reneged on its commitment to allow inspectors into Karaj to replace four cameras that had been removed from the site after the June sabotage. Iran claimed it had never agreed to allow access to Karaj.

In its quarterly report on Iran in September, the IAEA reported that it asked for access to Karaj in late August—a request that wasn’t granted—and was seeking the whereabouts of missing footage from one of those cameras.

On Friday, Mr. Grossi confirmed at a news conference that the IAEA still had been given no access to Karaj, saying it would be very problematic if the issue wasn’t resolved.

However, even as the agency was first seeking access to Karaj in late August, Iran had started work again at the assembly plant, which satellite imagery showed was badly damaged in the June sabotage. Work started initially on only a few machines before expanding.