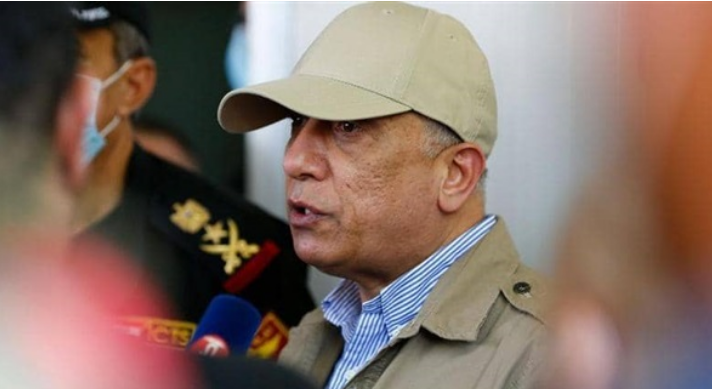 Ghaani in Baghdad to acquit Tehran of attempt to assassinate Kadhimi

Kadhimi was subjected to an assassination attempt at dawn on Sunday, November 7, when his house was attacked by three drones after returning from an inspection tour of the security forces in the vicinity of the Green Zone in which he resides.

The news of Ghaani’s visit came at a time when an Iraqi army general said that the investigation into the drone attack on Kadhimi’s home continues, but the evidence points to Iranian-backed factions being behind the attack and that the drones used in the attack took off from areas east of Baghdad, where factions supported by Iran exercise influence.

The Lebanese channel Al-Manar, which is run by the Iranian-backed Hezbollah militia, said that Ghaani also met Iraqi President Barham Salih and other political figures in the country, and quoted Ghaani as saying during his visit that “Iraq urgently needs calm and any action that threatens the security of Iraq must be avoided.”

Ghaani met with a group of leaders of the armed Shiite factions and talked about the need for calm and de-escalation against Kadhimi.

It is noteworthy that no armed faction of the Popular Mobilization Forces (PMF) has claimed responsibility for the attack, but accusations quickly turned to those groups affiliated with the PMF, especially since the targeting occurred a few hours after they pledged to punish Kadhimi in response for the killing of one of its leaders.

Qais Khazali, leader of Asa’ib Ahl al-Haq, threatened Kadhimi, accusing him of being involved in the killing of PMF demonstrators, but he returned and condemned the targeting of Kadhimi’s house in the Green Zone “if it was intended.”

“After viewing the photos of the explosion that took place in the prime minister’s house, and noting that there were no casualties, we stress the need to verify it through a specialized technical committee… to ascertain its causes,” Khazali said in a statement.