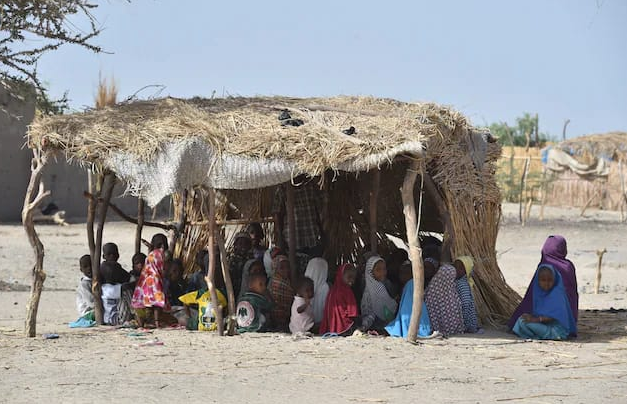 At least 25 children have died after a preschool in southwestern Niger caught fire Monday, rousing outrage across the West African country over unsafe conditions for young students.

Fourteen others were injured in the blaze that devoured a thatched-roof classroom in the city of Maradi, the Ministry of National Education said. The victims were all younger than seven.

The deaths moved Niger to ban preschool classes in straw sheds, officials said. Such temporary classrooms have multiplied in recent years as the country has run out of space in sturdier buildings. Niger ranks among the poorest nations in the world, according to the United Nations, and has one of the fastest-growing populations.

By Tuesday, authorities had not found the cause of the blaze and classes remained suspended in Maradi, the second-largest city, as the investigation continued. Photos on social media showed the charred husks of wooden desks. Three days of mourning have been declared.

“This tragic event once again brings mourning to the Nigerien people,” Abdou Dangaladima, Niger’s secretary general of the government, said in a statement.

Education advocates in the nation of 25 million have long criticized such makeshift learning sites, slamming them as overcrowded and highly flammable.

Another blaze in April killed 20 preschool children in the capital, Niamey.

“It is important that from here the authorities stop the classes in straw huts,” the National Union of Teachers of Niger said in a statement after the April incident. The school’s director told reporters on the scene that the children had been too young to outrun the embers.

“It is better to hold classes under trees than in straw huts, which have become flammable graves for pupils,” Issoufou Arzika, secretary general of the Niger Teachers Union, told AFP on Monday.

In a statement, UNICEF’s representative in the country, Stefano Savi, said that “no child should ever be in danger when learning in school.”