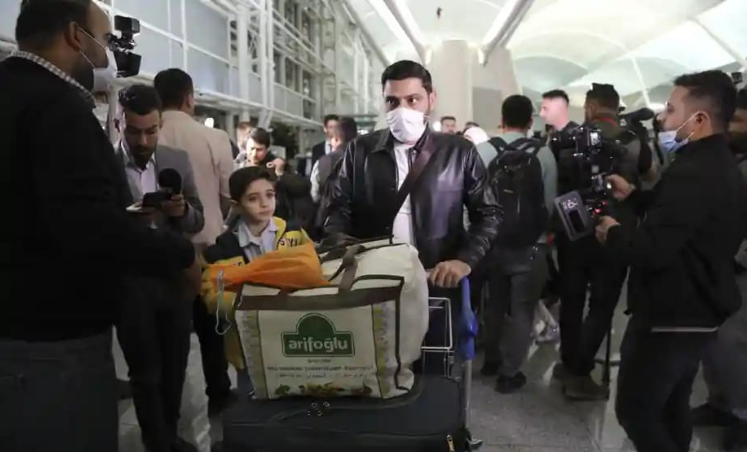 Were they driven to the freezing shores of Europe by desperation, or did several thousand Kurds instead make the dangerous journey in search of opportunity?

As officials in Iraqi Kurdistan grapple with what is driving a crisis that is thought to have led to scores of citizens drowning in the Channel on Wednesday, and thousands of others to brave precarious migrant routes to Europe, even more are preparing to leave.

“I’ll do what I need to,” said one recent graduate from a university in Sulaymaniyah. “If I stay here I’m going to drown in debt anyway.”

News of the deaths at sea, a short distance from UK waters, which tens of thousands of Kurds have sought to reach in recent decades, met a mute response in the capital, Erbil, and the second city of Sulaymaniyah. Many of the drowning victims are thought to have come from the Ranya region to the north of the city, where on Thursday families were anxiously waiting for news from their sons and daughters.

“The last time I talked to my brother was yesterday, in the morning,” said Razen Salim, 26. “He said we will cross now from France to the UK but since then we have not heard anything about him or his group. We have seen some pictures online which suggest some made it to the other side, but we can’t recognise them well. We hope they managed and maybe now they have been caught by UK police and that’s why they are not online.”

Kurds from Ranya make up a disproportionate number of those who have travelled to Belarus in recent weeks, hoping to cross the Polish border that acts as a gateway to the European Union. “That’s the holy grail for us,” said the recent graduate. “If we get there we’ll be respected and can live our lives. If we stay, we won’t have either respect or life.”

The prime minister of the Kurdish regional government, Masrour Barzani, who has attempted to stem the exodus from Iraq’s Kurdish north, said a search for opportunity had been the main driver – not economic desperation.

“Unfortunately, it looks like that these people have been exploited by a number of people, let’s say ‘travel agents’, human traffickers, some political merchants, if I may say that, and of course some people from within Belarus as well,” he said at the Middle East peace and security summit in the city of Duhok last week. “These people did not leave this area under any sort of pressure, and they were not legally pursued, or imposed with any restrictions on their travel, so most of these people travelled freely on their own will through airlines and official channels.

Repatriation flights organised by Iraq’s national airline, Iraqi Airways, has returned 400 Kurds from Belarus to Erbil in the past week. Another 700 have signed up to return, and Kurdish officials say they have arrested 10 travel agents who had facilitated their journeys. Airport security officials have also attempted to block passengers from leaving for Minsk, scrutinising journeys and looking for known stopover points – Istanbul and Damascus in particular.

Those still determined to leave say the opportunities officials speak about either don’t exist or are confined to small sectors of a struggling economy. “They want this to happen, but saying it is so doesn’t make it so,’’ the student said. “As long as things are as bad as they are, people are going to want to leave