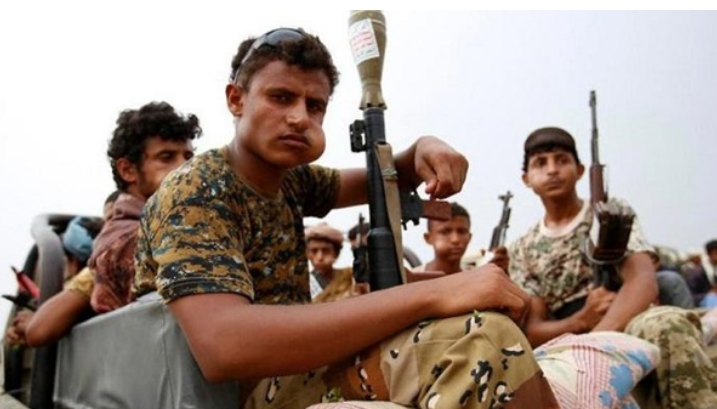 By beheading opponents, Houthis follow in footsteps of ISIS

The Houthi militia in Yemen follows in the footsteps of ISIS.

According to the news site, Yemeni Scene, the Houthi militias has committed gruesome violations against locals in the areas it had invaded in the southern part of the southwestern Yemeni province of Hudaydah.

These violations, it said, compound the Houthis’ abuse of Yemeni citizens.

This abuse has recently started to include chopping off the heads of opponents.

According to informed sources, the Houthi militia massacred four civilians in different districts in the southwestern province of Hudaydah.

The militia, they said, also launched a massive arrest campaign against a number of innocent people.

For its part, NGO, Yemeni Protection Organization, said extremist members of the Houthi militia burned down a library and books in a church in the town of al-Naga in Juba District, south Hudaydah.

The organization warned against the consequences of extremism practiced by the Houthis in the areas controlled by the militia, especially in the southern part of Marib province.

Meanwhile, the human rights group, Mayon, said the Houthi militia had carried out reprisals against civilians in areas around Hudaydah City, including killings, kidnappings and enforced displacement.

In a statement, the organization called on the Houthi militia to immediately suspend these hostilities against civilians and demonstrate a commitment to its obligations under the Stockholm Agreement by immediately releasing the people it had kidnapped in the past period.

Mayon called on the United Nations mission in Hudaydah to assume its responsibilities and implement the Houthis’ obligations under the UN- sponsored agreement.

It said the UN has to protect the civilian population that has been handed over to the Houthi militia.