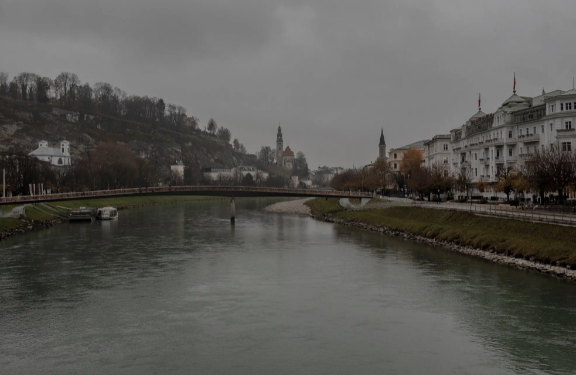 Vaccinated, Recovered or Dead’: Europe Fights Covid Wave — and Itself

Austria went into a major lockdown on Monday to try to break the strong fourth wave of Covid spreading across Europe, while the German health minister, Jens Spahn, warned that by the end of this winter “just about everyone in Germany will probably be either vaccinated, recovered or dead.”

“Immunity will be reached,” Mr. Spahn said at a Berlin news conference. “The question is whether it’s via vaccination or infection, and we explicitly recommend the path via vaccination.”

European governments are toughening their measures against Covid in the face of soaring infection rates — more than two million new cases each week, the most since the pandemic began — and popular resistance, with violent protests over the weekend in numerous countries.

Tens of thousands of people protested official crackdowns and vaccine requirements in Austria, the Netherlands, Belgium, Denmark, Italy, Switzerland and Croatia, with scattered violence and police use of tear gas and water cannons. Some protesters were organized by far-right parties, but many were simply fed up with almost two years of intermittent state controls over their lives in the name of public health.

Mark Rutte, the Dutch prime minister, defended the right to demonstrate. “But what I will never accept is that idiots use sheer violence against the people who work for you and me every day to keep this country safe under the guise of: ‘We are dissatisfied.’ ”

Europe is once again the epicenter of the coronavirus pandemic, accounting for more than half the world’s reported Covid deaths this month, according to the World Health Organization. The four countries with the world’s highest rates of reported new cases in the past week are Austria and three that border it, Slovakia, Slovenia and the Czech Republic; 27 of the top 29 are in Europe.

Chancellor Angela Merkel of Germany told her Christian Democratic party on Monday that the situation is “highly dramatic” and that the latest surge is worse than anything Germany had suffered so far.

In what may be her last month as chancellor, as a new government is being formed, she warned that hospitals would soon be overwhelmed unless the fourth wave of the virus is broken, and called on Germany’s 16 states to enforce even tighter restrictions to block the spread.

Germany, like many European countries, is at the same time pressing for citizens to get booster shots. But it faces a dwindling supply of the Pfizer-BioNTech coronavirus vaccine, which was partly developed in the country.

While the European Medicines Agency is poised to approve the vaccine for use on children ages 5 to 11 this week, first doses for children are not scheduled to be delivered to European Union countries until Dec. 20, Mr. Spahn said.

On Thursday, 553,000 vaccines were administered in Germany in one day, a daily total not seen since early August. Three quarters of those shots were boosters, according to the health ministry.

Neighboring Austria on Monday began its fourth lockdown, one of the few in Western Europe since vaccines became widely available. Most stores, restaurants, sporting venues and cultural institutions shut, leaving the streets cold and quiet in the weeks before Christmas.

The lockdown, which only allows people to leave home to go to work or to procure groceries or medicines, will last at least 10 days and as many as 20 and comes after months of struggling attempts to halt the contagion through widespread testing and partial restrictions.

Austria has also announced that vaccination will be compulsory as of Feb. 1 — the first Western country to take that step, and one of only a handful around the world. Some critics, including the editorial board of the Financial Times, have called it too high a price in terms of individual freedom, and a sign of political failure.

Opposition to the measures has been led in Austria by the far-right Freedom Party, the third-largest in Parliament, which has been amplifying conspiracy theories about the vaccines, spreading doubt about their effectiveness and promoting ivermectin, a drug typically used to treat parasitic worms, mostly in horses, that has repeatedly failed against the coronavirus in clinical trials.

Alexander Schallenberg, Austria’s chancellor, said he originally had opposed compulsory vaccination, but “we have too many political forces, flimsy vaccine skeptics and spreaders of fake news in this country.”

On Saturday, some 40,000 Austrians marched in Vienna to protest the new measures.

France presents a contrast, in that President Emmanuel Macron has used more suasion. Proof of vaccination or a recent negative test is required to patronize restaurants and cinemas, which has encouraged many reluctant French to get vaccinated without a national mandate. But anti-vaccination groups remain active in France, as well.

About 68 percent of Germans and 66 percent of Austrians have been fully vaccinated against Covid-19, and hospitals are mostly filled with those who have not been vaccinated at all. Early in the pandemic, scientists thought 70 to 80 percent vaccination might be enough for a population to reach “herd immunity.” But the virus is now so widespread, with new variants arising and some vaccinated people suffering “breakthrough” infections, that many experts say herd immunity is unattainable.

Belgium is highly vaccinated, at 75 percent, but a rise in cases has caused the government to impose tighter restrictions, including more working from home and wider mandatory mask wearing. That prompted a protest in Brussels on Sunday of an estimated 35,000 people near the European Union headquarters. Some protesters threw stones and set fires, the police made more than 40 arrests, and three officers were hurt.

Alexander de Croo, the prime minister of Belgium, called the violence “absolutely unacceptable.” Like Mr. Rutte, he said Belgians were free to protest, but that “the way in which some demonstrators behaved had nothing to do with freedom.” He continued: “It had nothing to do with whether vaccination was a good thing or not, this was criminal behavior.”

In Greece, the government said on Monday that unvaccinated people would be barred from indoor spaces, including restaurants, cinemas, museums and gyms. Vaccination certificates for those older than 60 will be valid for only seven months, with people then required to get booster shots to maintain validity.

In Slovakia, the country’s prime minister, Eduard Heger, announced a “lockdown for the unvaccinated” from Monday. Slovakia and the Czech Republic banned unvaccinated people from restaurants, pubs, shopping malls, public events and stores, except for those selling essential goods.

The W.HO. chief for Europe, Hans Kluge, earlier this month blamed the region’s woes on insufficient vaccination despite the availability of vaccines, and said that the continent could see half a million more deaths by February.

“We must change our tactics, from reacting to surges of Covid-19 to preventing them from happening in the first place,” he said.