Latest Posts
22:04
Home Profile Why does the Taliban hide news of the death of its leader? 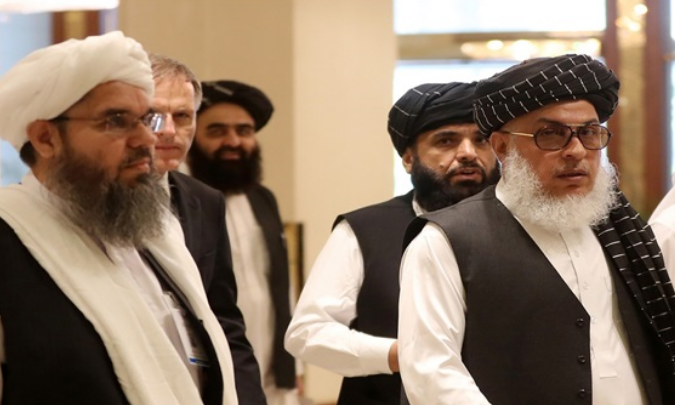 Why does the Taliban hide news of the death of its leader?

The killing of the leader of the Taliban movement, Mullah Haibatullah Akhundzada, in a suicide attack in Pakistan a year ago, raised questions, especially since the movement has not officially announced this until now, despite statements by Taliban leaders to non-Afghan media.

The Taliban seems to be in the habit of hiding news of the death of its leaders for unknown reasons.

It hid news of the death of Mullah Muhammad Omar for two years.

Nonetheless, this may lead to serious consequences for the Taliban’s future as a movement and a government that tries to gain recognition from the international community.

Between illness and death

Mullah Haibatullah Akhundzada assumed the leadership of the Taliban following the death of Mullah Akhtar Mansour in 2016.

He did not appear in the media, or in video recordings, as is the case with most of the leaders of Islamic groups, despite the pledge of allegiance he was given by the members of his movement.

Akhundzada‘s personality remained shrouded in mystery, even after the second rise of the movement and the seizure of the capital Kabul at the end of August this year.

Akhundzada was not explicitly mentioned in the formation of the new Taliban government. This supports the hypothesis of his absence or death.

It is also remarkable that the movement hinted more than once during the past year that Akhundzada is not well.

It once announced that he had contracted Covid-19. It said he was taken to hospital for treatment.

Nevertheless, the movement did not mention the name of the hospital or its location.

Three other senior leaders of the Taliban had contracted the disease.

Three other Taliban leaders in Pakistan confirmed Akhundzada‘s death from Covid-19. They also said that he was receiving treatment in Pakistan.