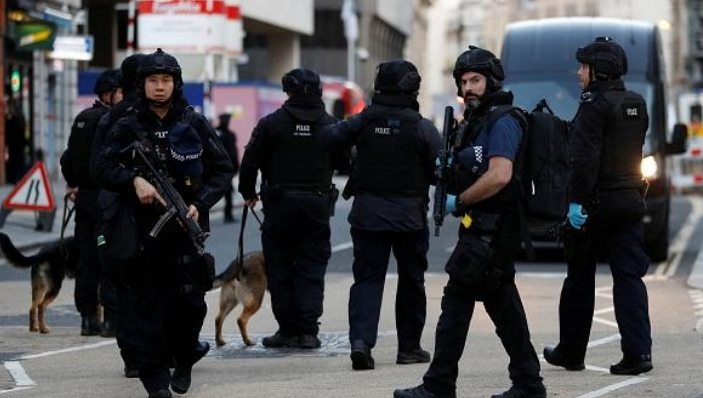 The British authorities intend to release three members of the extremist group Al-Muhajiroun linked to the extremist preacher Anjem Choudary, known for his cooperation with ISIS, after they spent nearly four years in prisons on various charges. They were led by Parviz Khan, 50, of Birmingham, accused of attempting to behead a British soldier in 2008; Jawad Akbar, 36, of Crawley, West Sussex, accused of plotting to bomb shopping malls; and Zakariya Ashiq, 26, of Coventry, who longed to join ISIS.

On Thursday, October 28, Mail Online revealed the possibility of releasing the trio after referring them to the Parole Board, which allows them to go out again to the street after serving two-thirds of the sentence.

The trio are subject to the emergency law announced by the British government in February 2020, which prevents the automatic early release of prisoners convicted of terrorism.

Justice Secretary Robert Buckland told members of the parliament at the time that the change would apply to current and future offenders, stressing that the release of perpetrators of terrorism offenses will not be considered until after serving two-thirds of their sentence and with the approval of the Parole Board.

The three are followers of hate preacher Anjem Choudary, who inspired dozens of convicted terrorists and hatched 15 plots over two decades.

Parviz Khan, 50, of Birmingham, was the leader of the group that planned the kidnapping and beheading of a British soldier in 2008.

Investigations later confirmed that his gang belonged to Chaudhry’s Al-Muhajiroun network. Khan was sentenced to 14 years in prison in 2008.

Born in Pakistan on June 20, 1983, his father moved to Italy when he was a child, where he worked in the wine industry, then moved to Britain and lived in Crawley, West Sussex from the age of eight until he joined Brunel University in northwest London to study mathematics technology and design. While at university he worked part-time at Gatwick Airport.

Akbar plotted a series of fertilizer bomb attacks at British nightclubs and shopping malls in 2007, after apprenticing with Al-Muhajiroun.

A British court sentenced him to life imprisonment in 2007 for plotting atrocities, but it is expected that the Parole Board will hear his case before the end of 2021, according to British newspapers.

Zakariya Ashiq, 26, from Coventry, was associated with ISIS cells in both Turkey and Syria. He tried to flee to Syria more than once to join the terrorist organization. He was arrested in 2015 on charges of attempting to belong to ISIS, pledge allegiance to it and prepare for terrorist acts, which the British authorities revealed by monitoring his messages on WhatsApp.

He was arrested upon his return to Heathrow Airport in London in 2015 after he made his way overland to Jordan but failed to enter Syria. He was sentenced to six years in prison and has since been released but has now been recalled to prison and is awaiting review by the Parole Board.