Latest Posts
19:11
Home investigations U.K. Police Struggle to Curb Abuse of Women by Their Own Officers 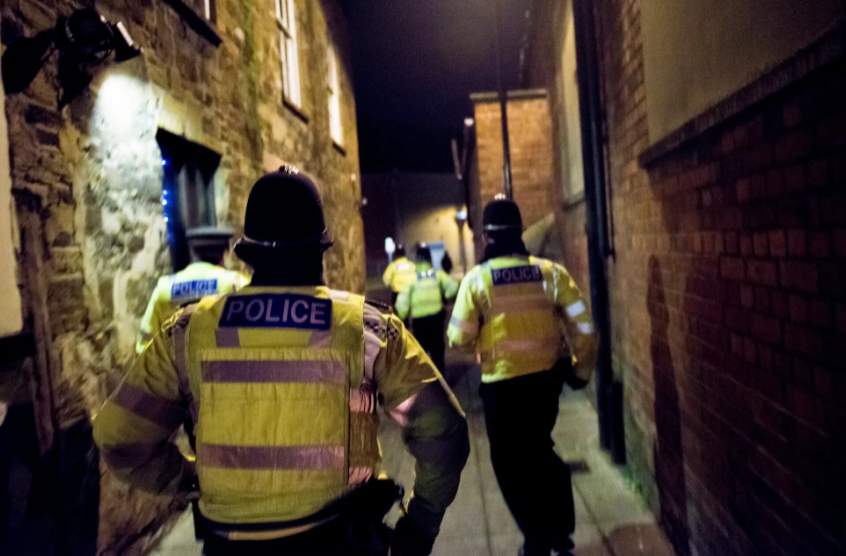 U.K. Police Struggle to Curb Abuse of Women by Their Own Officers

James Mason was on duty in a North London police station when a young woman came in to report that she had just been mugged on a city street. Already shaken, the woman became even more unnerved by Mr. Mason’s questions: What clothes did she wear to work? Did she have a boyfriend? Would she like to go to dinner?

When she contacted him asking for case updates, he continued to aggressively pursue her. And when she told him he was out of line, he replied in an email, “Actually, coming on to victims is positively encouraged,” adding: “It’s all part of the friendly and accessible face of the Met Police. It’s the rejection that’s frowned upon.”

Mr. Mason would rise through the ranks of London’s Metropolitan Police Service, eventually becoming a detective chief inspector, while the young woman remained silent about the 2011 episode, saying in an interview that she did not feel empowered to come forward until last year.

At a disciplinary hearing last month, in which the woman was granted anonymity, Mr. Mason was found to have engaged in gross misconduct for abusing his power as an officer for a sexual purpose. Rather than being dismissed, though, Mr. Mason was given a final written warning this month, a ruling that shocked his victim but reflected what criminal justice experts describe as a systemic failing within Britain’s police forces as they struggle to control or discipline employees who abuse women.

In August, a former Northumbria police officer was sentenced on charges of indecent assault and misconduct for an exploitative sexual relationship with two domestic abuse victims. This month, a Nottinghamshire police officer was dismissed and barred from service after sending sexually suggestive messages to a woman he pulled over while driving. Also this month, a disciplinary panel found that a London police officer’s sexual relationship with a woman he was investigating for a crime constituted gross misconduct.

This type of behavior by officers has prompted outrage among women, rights groups and politicians across Britain, reaching a pinnacle in September after the sentencing of Wayne Couzens, a London police officer who abused his position to kidnap, rape and murder Sarah Everard.

The police have acknowledged missteps in vetting Mr. Couzens — who received a life sentence — leading to wider concerns that forces nationwide were not doing enough to identify and stop offenders in their ranks.

The young woman pursued by Mr. Mason — who requested that her name be withheld because she has previously been attacked online — said she felt the police were more concerned with preserving Mr. Mason’s career than her safety. “They shouldn’t be protected,” she said in the interview.

Mr. Mason, who apologized at his disciplinary hearing, retained his position as detective chief inspector. Efforts to reach him through the Metropolitan Police were unsuccessful.

Around 2,000 policing staff nationally have been accused of sexual misconduct, including rape, over the past four years, according to statistics disclosed in a Channel 4 investigation. Only 8 percent of them were dismissed. In nearly 60 percent of the cases, no action was taken against the accused. The vast majority of cases, even those in which misconduct has been identified, never result in criminal charges, the investigation found.

Zoë Billingham, a former inspector for an independent watchdog group that reviews policing in Britain, said that while Mr. Couzens’s crime was an extreme case, it needed to be seen in a broader context.

“The narrative should not be: ‘This was an aberration, this was a one off, he was a bad egg,’” she said. “It should be, ‘What we do in policing to stop this misogynistic tolerance of inappropriate behavior?’”

While those engaging in bad behavior make up a small number of officers overall, Ms. Billingham said these cases exist within a culture where officers act with impunity and close ranks when accusations emerge.

Police officials say they have made some progress. The Independent Office for Police Conduct, an external watchdog group, released new data this week showing that the number of officers facing disciplinary proceedings for abusing their positions for sexual purposes has risen sharply in the past three years.

From 2018 to 2021, 66 officers and members of police staff faced disciplinary proceedings as a result of investigations — 42 of them in the past year alone — and misconduct was proved in 63 of those cases, according to the new figures.

Officials say the increase is a direct result of efforts to tackle this issue and hold those responsible to account. Many sexual misconduct cases are categorized as corruption because of the abuse of power, and they automatically prompt an investigation by the watchdog group. But some police forces were not treating the cases as corruption, so they were not referred to the group.

For victims — like the woman who was mugged — the experience can leave an indelible mark.

The harassment broke her trust in the system, she said. When she found herself in an abusive relationship years later, she said, she was hesitant to call the police.

But in recent years, after observing the #MeToo movement and after much personal growth, she said she felt it was time to report the episode.

Amid increased public scrutiny, local and national police and oversight bodies have taken some measures to address the concerns. The Home Office, the government office responsible for policing, announced an inquiry into issues raised by the killing of Sarah Everard.

London’s Police Department, which did not respond to a request for comment, has announced its own independent review of standards and practices, and plans to increase the number of investigators looking into police abuse. It also plans to create a dedicated team to investigate accusations of sexual misconduct and domestic abuse.

The National Police Chiefs’ Council has directed Britain’s police chiefs to review all allegations of sexual misconduct, indecent exposure and domestic abuse involving officers over the past two years.

Some former officers have been vocal proponents of a zero-tolerance approach to sexual misconduct and believe officers should be immediately fired after an investigation confirms their guilt.

Janet Hills, a recently retired detective sergeant who served in the Metropolitan Police for three decades and was also the president of the National Black Police Association, said transparency was key.

“They need to call it out and be very blatant and clear,” she said, “no slap on the wrist.”

She said that in her experience, the internal misconduct procedures were broken because they called for the police to investigate their peers, thus discouraging whistle-blowers from reporting.

“We are being asked to mark our own homework,” she said.

Those within the force who have tried to call out bad behavior have often run into roadblocks. Paige Kimberley, a former longtime officer, was denied a consulting job with the police after reporting vulgar, sexist and abusive messages in a WhatsApp group with male colleagues. She won an employment action this month against the London police.

Ms. Kimberley’s lawyer, Terry Falcão, who is also a former police officer, said the case was reflective of a broader “boys club” culture. “They treated this like it was nothing,” he said.

Sue Fish, the former chief of Nottinghamshire Police, who has spoken about her own experiences of sexual assault by colleagues, said she had been inundated with messages from current and former officers who tried to blow the whistle. Some have seen investigations turn on them amid a defensive and insular culture.

Ms. Fish said consistent leadership was needed to identify and root out the misogyny at the core of the issue.

“Some of their narrative has been that Couzens was a bad apple and he is rotting the barrel,” she said. But in fact, she added, “there is a lot of bad in the barrel” that keeps good officers down and can enable predators.

“So actually,” she said, “the key issue is the barrel.”