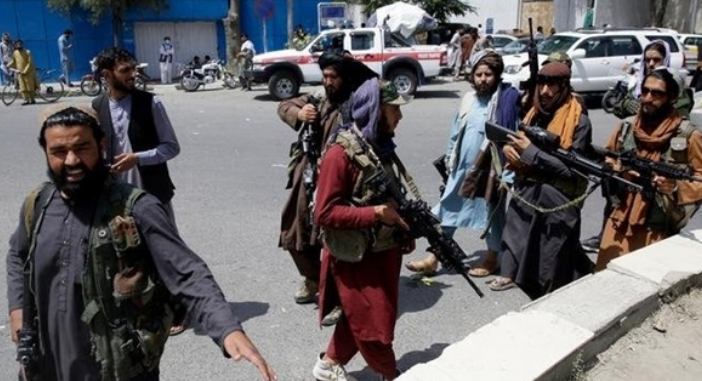 Over the decades, religious madrasas (schools) in both Afghanistan and Pakistan constituted the first tributaries to graduate the first generation of Taliban leaders, as the educational curricula presented to students were filled with many false ideas and religious extremism, represented in distorting concepts, emptying legal provisions of their contents, and moving away from the purposes of religion. This promoted hatred of the other, persuading students to engage in jihad, enjoining good and forbidding evil, loyalty and disavowal, governance and caliphate.

Religious madrasas contributed to instilling the idea of monotheism, which played a major role in the growth of extremist groups, because absolute monolithic beliefs are the main cause for creating a climate of extremism and societal violence, as well as prohibiting musical instruments and various arts such as music, photography and sculpture, and violating women and considering them as a source of temptation and sedition, in addition to their view of modernity and innovation as being heresy.

The bombings in a religious madrasa in the Afghan province of Khost revived talk of schools’ role and the curricula taught to students, especially in light of the Taliban’s return to rule after two decades of US control over the country, a period that witnessed tight control over religious madrasas, students and teachers.

The explosion, which occurred on Wednesday, October 6, resulted in deaths and injuries among students who were receiving religious education at a madrasa in eastern Afghanistan, without any party claiming responsibility for the terrorist attack.

Religious madrasas target students from poor families and provide them with a permanent residence system in their headquarters, making it is easy for the Taliban to control them intellectually and to form their consciousness in accordance with the principles of the extremist movement. The Afghan government throughout its history has been unable to provide the necessary resources for education in rural areas, which enabled the madrasas to increase their influence.

According to the Al-Azhar Observatory, religious madrasas failed to spread moderation and became the basis for the leaders of terrorism and extremism to supply militants and fighters by spreading extremist ideas and ideologies.

The massacre, which was perpetrated by the Taliban at an army-run school in Peshawar, killing more than 150 people, mostly children, in December 2014, prompted the current government to launch a campaign to eliminate the militants and launch proposals to tighten control over religious madrasas, since they graduate students hungry to fight.

The Observatory pointed out that a large number of Taliban leaders were educated in religious madrasas, and students take them as role models, hanging their pictures on the walls of schools next to the picture of al-Qaeda founder Osama bin Laden, and they graduate from that environment with extremist ideas.

It is noteworthy that the Taliban began its activity mainly in conservative religious madrasas, where it recruited members in the early 1990s until it seized power in Kabul in 1996.