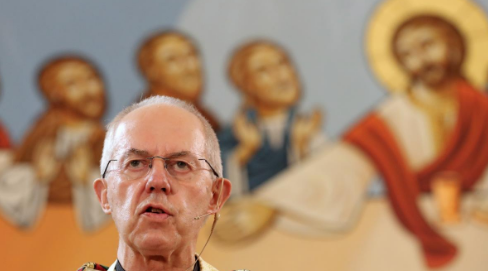 The Archbishop of Canterbury is trying to defuse tensions in the long-running dispute between Ethiopia and its neighbours over a dam across the Blue Nile.

Speaking in Egypt as he formally inaugurated a new province of the Anglican Church, the Most Rev Justin Welby said that natural resources did not belong to certain countries, calling on Ethiopia to restart negotiations over the Great Ethiopian Renaissance Dam.

Ethiopia has spent a decade constructing what is designed to be Africa’s largest hydroelectric power plant despite criticism from its neighbours over water security. In July, Egypt and Sudan accused it of breaking international law by starting the second stage of filling in the dam. Egypt has threatened airstrikes, fearing that the dam will affect the supply of river water on which it has relied for millennia.

Welby said: “I appeal to the Ethiopian government to show that they will use the dam responsibly, caring for their neighbours downstream. Please show that this dam is not a reason to worry.”

He spoke before a service in Cairo for the new Episcopal Province of Alexandria, which covers ten African countries that were previously administered from Jerusalem. They are Egypt, Ethiopia, Libya, Tunisia, Algeria, Eritrea, Somalia, Mauritania, Chad and Djibouti. There are about 40,000 practising Anglicans between them, according to Sami Fawzi, the province’s new archbishop.

The province became autonomous last year but Welby was prevented from visiting by the pandemic. It is headquartred in Egypt because of the Church’s role in supporting between 30,000 and 40,000 refugees there.

“The province covers a huge area, from the waves of the Atlantic to the beaches of the Red Sea and the Indian Ocean,” Welby said, noting the region’s importance in early Christianity. “A thousand years ago this area preserved medicine and learning. Today Egypt has again found its historic place as a place of meeting, of refuge.”

Egypt’s nine million Christians are mainly members of the Coptic church. They have faced persecution but the country has improved relations between Muslims and Christians in recent years.

In his sermon on Friday evening at All Saint’s Cathedral, Cairo, Welby acknowledged the long history of violence between religions. “Christians are to be part of a Church that is told to conquer with love and peace, never, never by a sword, a bomb or a plot,” he said. “And I say to our dear, dear friends from the Islamic community: how often Christians have got this wrong. Our history is one of the tragic sin of force. Let us be people of peace together.”

Egyptian Christians believe that the Patriarchate of Alexandria was founded by St Mark the Evangelist in about AD33. Over the next 300 years the city became one of the great Christian centres, home to famous early theologians such as Clement of Alexandria and Origen.

Welby’s visit to Egypt, the second leg of his first overseas trip since the pandemic, ends on Monday. He is expected to visit Refuge Egypt, a refugee charity, in Cairo on Saturday.

This week he joined the Pope and other religious leaders in Rome to call on world leaders for action on climate before the Cop26 conference in Glasgow.