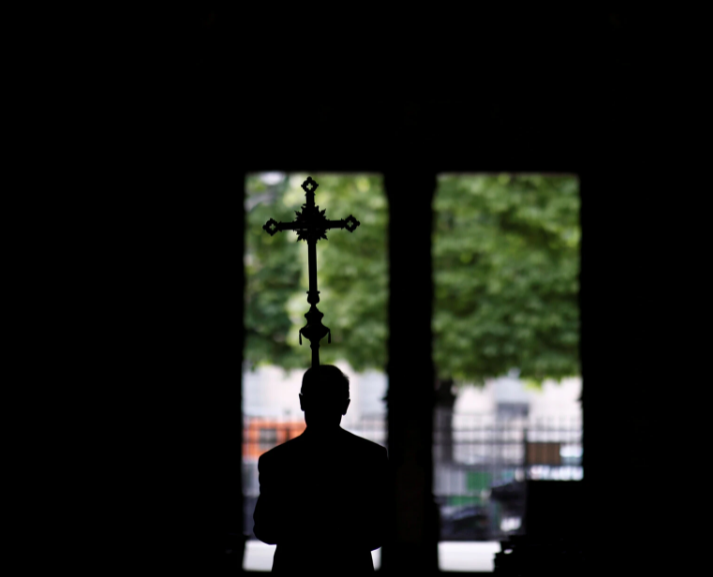 Clergy members in the Roman Catholic Church in France sexually abused more than 200,000 minors over the past seven decades, according to an estimate published on Tuesday by an independent commission that concluded the problem was far more pervasive than previously known.

The long-awaited 2,500-page report by the Independent Commission on Sexual Abuse in the Church laid out in detail how the church hierarchy had repeatedly silenced the victims and failed to report or discipline the clergy members involved.

“The church failed to see or hear, failed to pick up on the weak signals, failed to take the rigorous measures that were necessary,” Jean-Marc Sauvé, the commission president, said at a news conference in Paris on Tuesday. For years, the church showed a “deep, total and even cruel indifference toward victims,” he added.

There has been a growing reckoning with sexual abuse in the church in France after a series of high-profile scandals. The investigative commission was set up in 2018 at the request of the Catholic Church in France in response to criticism of its handling of abuse cases.

Meticulously compiled over the past three years by independent experts, the findings were the most extensive account to date of the scope of sexual abuse by clergy in the country, especially of children and other vulnerable people.

This followed efforts in recent years to disclose or document similar allegations against Roman Catholic clergy members in Australia, Germany, Ireland, Poland, the United States and other countries as the church continues to grapple with the devastation wrought by decades of sexual abuse scandals. The French church has seen congregations shrink and its influence wane in recent decades.

Pope Francis met with French bishops in recent days and took note of the report, said Matteo Bruni, a Vatican spokesman, in a statement.

“His first thoughts are for the victims, with immense sadness for their trauma and gratitude for their bravery in coming forward,” the statement said.

About 216,000 minors, mostly boys ages 10 to 13, have been abused by clergy members in France since 1950, according to an estimate by the commission. The figure reached 330,000 after including perpetrators who were laypeople and worked for the church or were affiliated with it, such as Boy Scout organizers or Catholic school staff. The estimate is a projection based on a general population survey, archival analysis, and other sources.

“The Catholic Church is thus, with the exception of family and friendship circles, the environment in which the prevalence of sexual violence is by far the highest,” the report said.

The commission also estimated that there had been at least 2,900 perpetrators of sexual abuse among clergy members over the past 70 years — likely an underestimate, Mr. Sauvé said.

Éric de Moulins-Beaufort, the archbishop of Reims and the president of the Bishop’s Conference of France, called the findings alarming and expressed shame, adding that he was determined to act.

“Their voice moves us deeply. Their number overwhelms us,” he said of the victims. “It goes beyond what we might have imagined,” he added. “Today, I want to ask for your forgiveness.”

Victims and experts welcomed the report, but noted that it was unclear how the church would act on the commission’s recommendations. Some changes — like better training for priests and background checks — are things the church has already started to implement.

But other recommendations urged a more profound rethinking of the church’s practices and overhauling of its Canon law, the legal framework for the world’s 1.3 billion Catholics, which the report called “totally ill adapted” to deal with sexual abuse cases.

The report encouraged French bishops to consider the ordination of married men and to give “a far greater presence of laypersons in general, and women in particular” in the church’s deciding bodies. The commission also said that the secrecy around confession was not incompatible with the legal obligation for priests to report sexual abuse.

Many cases have not or will not be prosecuted because the accused have died or because the statute of limitations for the allegations has expired — over half of the abuse occurred between 1950 and 1970, the commission estimated.

It recommended that the church financially compensate victims on a case-by-case basis with funds recouped directly from the perpetrators and from church assets. Victims were particularly outraged this year when France’s bishops suggested giving them a fixed “contribution” paid for by donations of the faithful.

“You are a disgrace to humanity,” François Devaux, co-founder of a victims’ association, said at Tuesday’s news conference, addressing the Catholic officials in the auditorium.

Mr. Devaux founded La Parole Libérée, an association of victims of Bernard Preynat, a former priest who was accused of sexually assaulting dozens of Boy Scouts from the 1970s to the 1990s and who was convicted last year.

“You must pay for all of these crimes,” Mr. Devaux said, emphasizing each word.

Mr. Sauvé, a well-respected former top magistrate, selected 21 experts, including sociologists, historians, jurists, psychologists and theologians, who dug through church, state and news archives, held more than 250 hearings with witnesses and experts, and worked with demographic, polling and research institutes.

Nearly 6,500 people, victims or those close to them, submitted oral or written testimony.

Many victims praised the commission for its thoroughness and hailed the report as a much-needed corrective after years of denial from the church.

“Victims were worried that it might tone things down,” Mr. Devaux said of the report. But he said, “not only did they give a quantitative and qualitative account of the scope of sexual violence, they tried to understand where it came from — the institutional mechanisms.”

Among the scandals that drew attention to the problem, the Preynat affair, which embroiled a cardinal who was accused of failing to report abuse, stood out. It became a symbol of the church’s failings and its secretive approach to dealing with abuse, and signaled a shift in the willingness of victims to challenge church authorities.

“Before that, things were handled with shame,” said Isabelle de Gaulmyn, a top editor at La Croix, France’s leading Catholic newspaper, who wrote a book about the Preynat case. “And they said, ‘No, we were abused, we are going to hold people accountable, and we are going to do so openly,’” she added, referring to Mr. Preynat’s accusers.

The Bishop’s Conference, seeking to restore confidence in the Church, acknowledged in a letter in March that cases of sexual abuse committed by clergy members were “undeniable” and that too often church authorities had turned a blind eye. The bishops announced a series of measures to tackle the issue.

But the commission said in its report that the pace of change had been too slow and that some measures had been unevenly applied across dioceses and institutions.

Olivier Savignac, who was sexually abused by a priest in 1993, at the age of 13, and who founded Parler et Revivre, an association for abuse victims, said the church was still ensconced in a culture of silence, “because there are strong questions of loyalty — loyalty to the priest, and loyalty to the bishop.”

“What’s at stake in the long term is to truly establish a culture of speaking out, of prevention,” he added.