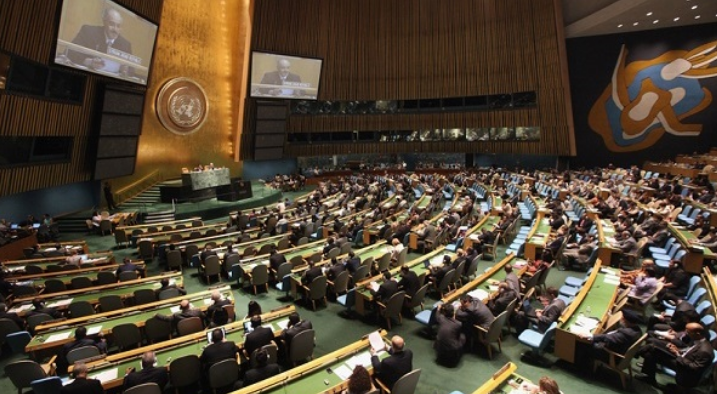 The Republic of Niger in West Africa is heading towards positive indicators in the fight against terrorism, according to international views in this regard. On October 26, the United Nations praised the progress made by the country’s government in the file of extremist groups, stressing its continued support for the country and the African Sahel region in general.

Niger hosted a UN delegation to discuss the country’s strategy in dealing with the effects of the presence of extremist groups in the region and how to combat them. Therefore, the positive assessments of Niger’s trends regarding the terrorism file mean an improvement in the international outlook towards the government and President Mohamed Bazoum.

Niger is negatively affected by its geographical positioning at the epicenter of the spread of terrorism in the African continent, as it shares its borders with Mali and Burkina Faso, which have the influence of al-Qaeda terrorist, and it also has a common border with Nigeria, where the terrorist branch of Boko Haram controls. Hence, the country faces major challenges in securing its borders and repelling the extremist tide.

Niger suffered many terrorist attacks across its common borders with its neighbors. In August, the country lost 15 soldiers and six civilians as a result of a bloody operation that took place on the nearby border with Burkina Faso.

On August 17, the country lost at least 37 people, including four women and 13 children, in an attack in a village near Mali, in addition to the ISIS branch of Boko Haram implementing several attacks in Niger, as the terrorist organization carried out an attack on March 25 in the south of the country, killing about ten people, while three people lost their lives as a result of ISIS burning a school during an attack in the village of Zabyani.

The negative effects of Niger’s geography do not stop with the terrorist tide of extremist groups seeking to annex the country to their areas of influence, but they extend to include the country’s borders standing as a dangerous contact point for the suspicious trade of groups spreading on the borders between them, in addition to the need for these groups to maintain geographical contact with each other, which doubles the security crisis for Niger.

Political stability and repercussions on terrorism

The views of the UN Committee on Niger give positive indicators towards the government’s performance, which indicates the repercussions of political stability and the peaceful transfer of power on the security conditions of countries. In February, the country witnessed stable elections during which power was transferred from Mahamadou Issoufou to Bazoum.

Despite the country’s suffering from terrorist attacks during the election period, political stability in and of itself remains a guarantee that the security crisis will not exacerbate despite its persistence.

In this regard, the Institute for Economics and Peace in Sydney said that political turmoil is the most prominent factor that gives terrorist currents a fertile environment for their spread.

In addition to the optimistic reference from the United Nations towards the situation of terrorism in Niger, the periodic follow-ups and numbers reported on the attacks in the country indicate a continuity in the implementation of attacks, indicating a weakness in the security services, with which it is possible that the UN’s vision is limited to improvement rates and not the general situation that dominates Niger.