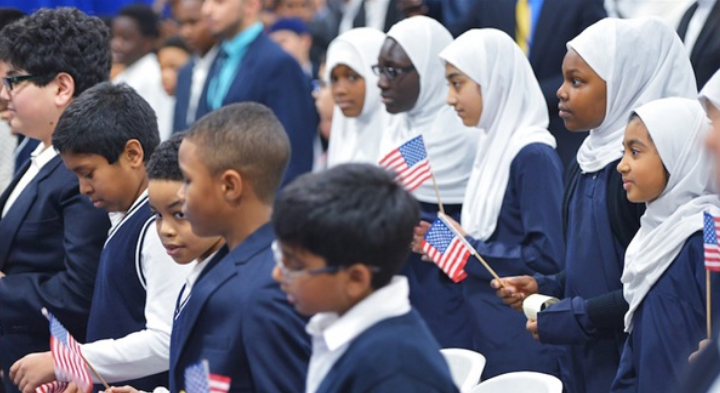 Muslims in America: Distorted picture despite their integration

Before the attacks of September 11, 2001, American media had clear anti-Muslim tendencies, and as soon as the United States witnessed the bombing of the World Trade Center Towers, the media became more strident in putting forth unfair definitions of Islam, with the religion being mentioned in the same context as extremists, suicide attacks, bombings and anti-American people.

With the United States’ exit from Afghanistan, a wide section of the American people got the impression that Islam had nothing to do with the attacks that their country witnessed, after which Washington entered Afghanistan under the pretext of the war on terrorism. But the media quickly intervened to recreate Islamophobic imagery, flooding channels and newspapers with harrowing interviews with survivors, those whose loved ones had died, stories inspired by rescue operations, and footage of terrorist-plotted planes crashing into the Twin Towers of the World Trade Center in New York.

A few days ago, the Associated Press published a report on the suffering and hardships that Arab and Muslim Americans experienced in the days and years following the 9/11 attacks. AP supported its report with the results of an opinion poll conducted by its Center for Public Affairs Research, which showed that 53 percent of Americans have negative views of Islam, compared to 42 percent with positive views of it, which contrasts with Americans’ views of Christianity and Judaism, in which most respondents expressed positive views.

Making it easy to receive anti-Islam messages and statements is the fact that only a small percentage of Americans know Muslims personally, as Muslims constitute a small minority compared to the population of the United States. But despite the campaign against them, Muslims are considered well integrated into American society, as a number of studies show that they are integrated into American society economically and educationally, and they have recently begun to integrate politically as well.

A study issued by the Institute of American Studies of the Chinese Academy of Social Sciences in July dealt with structural discrimination against Muslims. It stated that although current US President Joe Biden has sent positive signals in favor of Muslims through immigration and refugee policies, the appointment of public sector employees, and other measures since he took office, the life conditions of Muslims in the United States in recent years have remained worrisome because they are a religious minority that has lived in the country for many years.

According to the data and statistics covered by the study, the number of Muslims in the United States reached 2.35 million people and rose in 2018 to 3.45 million people to constitute 1.1% of the total population of the country. Muslims are expected to represent the second largest religious group within the United States by 2040 after Christians, displacing Jews for this position.

The study added that with the continuing decline in living and health standards, Muslims in the United States suffer from the pain caused by the structural Islamophobia that lies within aspects of American society. The reason for calling it “structural” is due to the rooted prejudice against Muslims at all levels of the system of government in the country. On the one hand, prejudice is reflected in the day-to-day workings of the police, media and legal system, and on the other hand, it is directly manifested through anti-Muslim organizations, anti-Muslim rallies, and organized community activities opposing mosque construction or expansion, as well as vandalism of public property and opposition to refugee resettlement.

American public opinion still accepts negative statements against Muslims, which may cause indignation and media outrage if they were issued against other minorities such as African Americans.