Latest Posts
19:13
Home Profile Fawzia Koofi: Woman of steel in the face of the “Taliban” 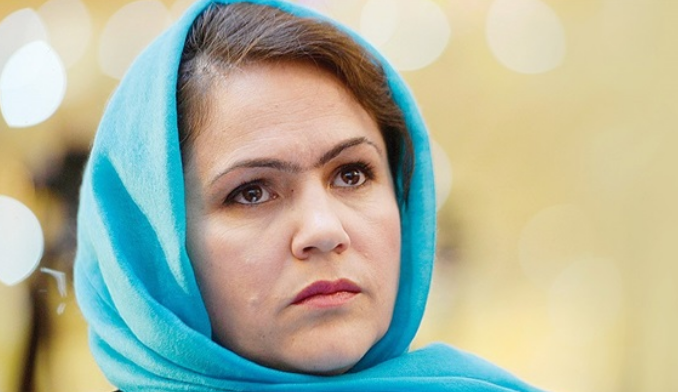 Fawzia Koofi: Woman of steel in the face of the “Taliban”

This October, Fawzia Koofi, one of the most prominent women’s activists in Afghanistan, was nominated for the Nobel Peace Prize for her role in liberating Afghan women from the oppression of Taliban rule.

“The nomination is in recognition of the joint efforts of all, including the women of Afghanistan, and all parties must ensure that women are heard and included,” Koofi said on her Twitter account.

During an interview with the Associated Press, Koofi called for sending aid to Afghanistan conditional on the participation of women in its distribution, in addition to the free and safe travel of Afghans to and from the country.

Koofi, who is part of a delegation of Afghan women visiting the United Nations to urge member states not to compromise on inclusion and equal rights in Afghanistan, said aid should not be politicized, women should be included and listened to at every stage, and women should not be recipients only.

Koofi, a former deputy speaker of parliament, was only one of four women involved in talks to reach a power-sharing deal with the Taliban, which ultimately failed, and she spoke of witnessing the Taliban’s change of commitment after they signed the peace deal with the United States in February 2020.

According to a report published in the Washington Post, Koofi was born in 1975 in Badakhshan Province.

Koofi was born into a polygamous family, and when she was born, she was rejected by her parents, who preferred males over females. On the day of her birth, her father deliberately left her in the sun to die, but luck was on her side and she lived.

Koofi was able to convince her parents to send her to school, and she became the only girl in the family to receive an education. She continued her educational career until she graduated from university and obtained a master’s degree in business and administration.

Her father was a member of the Afghan parliament for 25 years but was killed at the end of the First Afghan War (1979-1989) by the Taliban.

Koofi began her political career in 2001, defending the right of girls to education. From 2002 to 2004, she worked with the United Nations Children’s Fund (UNICEF) as a child protection officer to protect children from violence, exploitation and abuse.

During the Afghan parliamentary elections in 2005, Koofi was elected to the lower house of the Afghan National Assembly for Badakhshan, located in the northeastern part of the country. She served as the deputy speaker of the House of Representatives and was then the first deputy speaker of parliament in the history of Afghanistan. She was re-elected in the 2010 parliamentary elections and was elected as a deputy out of 69 members.

While working in parliament, Koofi focused mainly on women’s rights and enacted legislation to build roads to connect remote villages to educational and health facilities. In 2009, she contributed to drafting legislation to eliminate violence against women.

On March 8, 2010, Koofi was subjected to an assassination attempt by the Taliban, but she survived.

In 2014, Koofi announced her intention to run for the presidency of Afghanistan in the presidential elections in order to achieve equality with men, promote global education, and oppose political corruption.