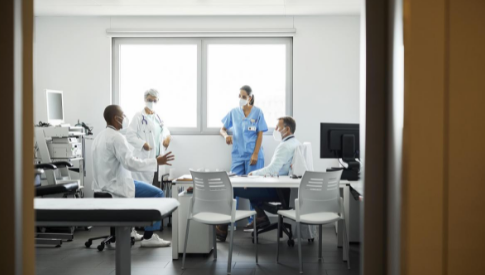 Doctors are planning to take over the British Medical Association and force it to call for a strike.

A splinter group is being launched this weekend and intends to install pro-strike members as candidates for the union’s regional elections and corral supporters to elect them.

The move has been co-ordinated in an online message board and aims to force a pay increase. Members claim their pay has fallen by about 30 per cent during the past decade.

Messages show doctors discussing the best way to explain strikes to the public, including presenting the pay issue as a way to attract better doctors.

Tensions have been escalating over Sajid Javid’s proposals to force doctors to see more patients face to face but that was thought to have been addressed after GPs said that the government made concessions and removed proposals to publish league tables.

The new plan to rebel emerged after a poll on an online group for junior doctors on the website Reddit found more than 1,000 of its members were in favour of going on strike.

Since the vote earlier this month they have built a website to co-ordinate how its members should vote in August’s BMA elections. In a post on Reddit entitled “Can we take over the BMA? Serious question”, the author wrote: “Given that current leadership clearly does not want to strike, is there anything we can actually do about it? I’m starting to think we can. We clearly have numbers and we want the same thing. I think if we translated that into rejoining to vote in elections, and used our numbers, we could purge these losers.

“Elections for reps seem to be won by low double-digit numbers of votes. We have the numbers on this subreddit to put people up for election, and elect them. The careerists don’t have the social media presence we do. We can cut them right out of the picture if we organise ourselves. I quite like the idea of taking over the BMA. These dickheads aren’t ready for us.”

One member replied: “At regional level it takes f*** all to swing an election and that was for every position. Took like ten people to swing one in my area and that was only because we liked one lad running for it. If you keep swinging it at small local levels, you will eventually have repercussions at national.”

In one discussion on the site, the doctors discussed how to frame the message to the public.

One said: “Everything has to be framed in terms of how it helps the NHS and patients, ie we don’t want a ‘pay rise’, we want the terms and conditions of junior doctors in the UK to become internationally competitive so as to attract international medical graduates and improve staffing levels, and therefore quality of care. I imagine the latter will go down better with the general public as well.”

This month Javid, the health secretary, announced a £250 million fund for GP practices to help them improve patient access. Before the pandemic about 80 per cent of consultations took place in a surgery. Last month that figure was 57 per cent. In response the BMA has told its GPs to stop seeing new patients and accused Javid of creating a “bully’s charter”. They say it makes sense to reduce the number of patients seen in person.

GPs claim that in response the government has withdrawn part of the proposal that would have involved league tables “naming and shaming” surgeries that saw too few patients in person. Last night the government disputed that it had made such a concession.

Dr Sarah Hallett and Dr Mike Kemp, who chair the junior doctors committee of the BMA, said: “Any member is welcome to put themselves forward to represent their colleagues . . . and members are welcome to contact us if they have concerns, suggestions or alternative approaches to the work we are doing.”