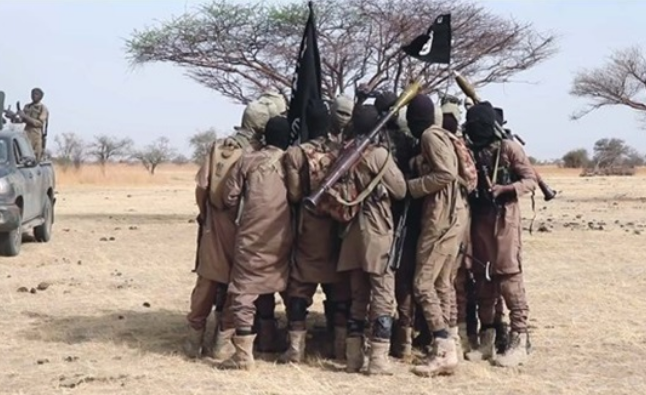 The al-Qaeda-affiliated faction of Boko Haram in Nigeria is trying to regain control again after it suffered many defeats recently, especially after the death of Abubakar Shekau in May.

The killing of Shekau, Boko Haram’s most prominent leader since 2009, constituted a great shock to the group, which was controlling large parts of Borno State in northeastern Nigeria and the Lake Chad Basin, which is shared by Nigeria, Chad, Cameroon and Niger, until it announced its allegiance to ISIS in 2015.

The fighting between the two terrorist organizations erupted in 2016, when Boko Haram managed to control most of the villages and towns on the banks of Lake Chad from Nigeria until 2019, but the balance was upset in May 2021, after Shekau was killed and ISIS stormed the stronghold of Boko Haram in Sambisa, which led to the surrender of thousands of Boko Haram elements to the Nigerian army, including leaders, so that they would not fall into the hands of ISIS.

According to a study published by the African Institute for Security Studies (ISS), ISIS members in West Africa prefer to use the Libya-Algeria-Mali-Niger-Nigeria route rather than the direct corridor between Libya, Niger and Nigeria, and this is one of the reasons why Boko Haram lost its battle against ISIS, especially after completing the arch linking the latter’s branches in Libya, Mali, Niger and Nigeria, which security experts warned of a few years ago.

The military operations and air strikes launched by the Nigerian army, especially in the past three years, also contributed to the weakening of Boko Haram and its loss of several areas it controlled in Borno, which borders Cameroon, Chad and Niger.

The five-year military alliance of the Lake Chad Basin countries (Nigeria, Niger, Chad and Cameroon), in addition to Benin, played a role in coordinating attacks against Boko Haram, and Abuja gave the Chadian army powers to chase militants across its territory.

The conviction of the new leaders of Boko Haram that they had lost the battle against ISIS prompted them to search for a new strategy to prevent the fall of the organization, and the decision was made to redeploy to other areas far from their stronghold in northeastern Nigeria.

The first Nigerian state Boko Haram is considering, Kaduna (northeast), is located on the road between the capital Abuja and Kano, the capital of the northern part with a Muslim majority, through which the Ajaokuta-Kaduna-Kano gas pipeline runs, which is part of the planned trans-Saharan pipeline to Europe that runs througha Niger and Algeria.

The second state is Sokoto, located in the northwest region on the border with Niger, where crime and kidnapping gangs have spread since 2017. It is the closest state in Nigeria to the inflamed three borders region in Niger, Mali and Burkina Faso, where several groups loyal to al-Qaeda are active, in addition to the branch of ISIS in the Greater Sahara.

As for the third option for the new leaders of Boko Haram, it is Niger State in the north-central region. Its strategic importance is its proximity to the capital, which puts Abuja itself under terrorist threat in the future and also puts neighboring Benin under greater threat.