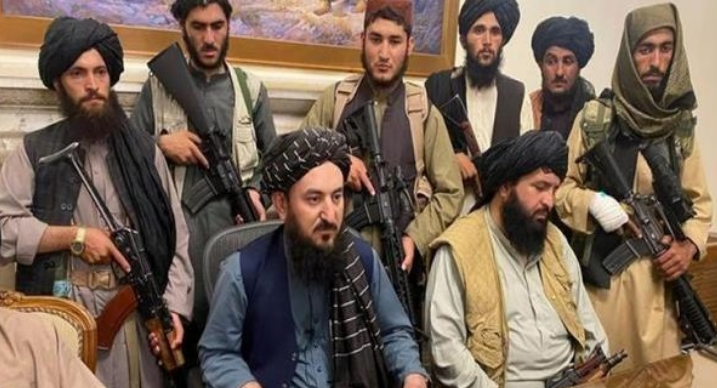 Before reaching the abyss: Taliban warns Washington against destabilizing Afghanistan

The United States held its first meeting with the Taliban after the latter seized the reins of power in Afghanistan in mid-August 2021, as the movement seeks recognition from the international community, especially from Washington, as well as assistance to avoid an imminent humanitarian disaster in the country.

On the verge of collapse

Afghanistan remains economically paralyzed since the Taliban came to power and the immediate freezing of all the country’s assets, while international aid keeps the country on hold. On the brink of a serious humanitarian crisis, a third of the Afghan population is at risk of starvation, according to the United Nations.

On Sunday, October 10, the Taliban announced during the meeting that it had warned Washington against attempting to “destabilize” its regime, which “will not serve the interest of any party.” This statement came after a meeting in Doha, the first between the United States and the Taliban since the American withdrawal from Afghanistan.

The meeting took place in the wake of a suicide bombing claimed by ISIS Khorasan, which killed more than 60 people, the deadliest since the withdrawal of US forces from the country.

The United States maintained contacts with the new rulers of Afghanistan after the movement took control of Kabul in August, but this meeting is the first direct meeting between the two parties.

“We have clearly informed them that an attempt to destabilize the Afghan government will not be in the interest of any party,” Taliban interim Foreign Minister Amir Khan Muttaqi told Bakhtar news agency after the talks in Doha, adding, “Good relations with Afghanistan are beneficial to all. Nothing should be done that will weaken the current government in Afghanistan, which could cause problems for the people.”

Muttaqi’s statements came on the first day of the two-day talks with an American team headed by Deputy Special Representative of the US State Department Tom West and senior official at the US Agency for International Development (USAID) Sarah Charles.

US exerts pressure on Taliban

The US State Department spokesman had stressed, “Our country will put pressure on the Taliban to respect the rights of all Afghans, including women and girls, and to form an inclusive government with support. We will also push for the Taliban to provide unimpeded access for humanitarian agencies to areas facing difficulties.”

The State Department stressed that the meeting in Doha does not mean in any way that the United States recognizes the Taliban regime in Afghanistan.

The US side focused in the talks on the importance of allowing all US nationals, as well as Afghans who helped the US military over 20 years of conflict, to leave, which is a priority for US President Joe Biden.

The Taliban’s political spokesman, Suhail Shaheen, told the Associated Press that the movement’s interim foreign minister assured the United States during the talks that “the Taliban is committed to making sure that Afghan soil is not used by terrorists to launch attacks on other countries.”

Despite this, the Taliban ruled out cooperation with Washington on containing ISIS, which is increasingly active in Afghanistan.

AP noted that US officials put “maximum pressure” on the Taliban during the meeting to allow Americans and others to leave Afghanistan. In its statement, the Taliban said, without elaborating, that it would “facilitate the initial transfer of foreign nationals.”