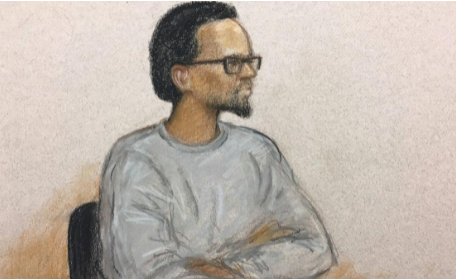 The 25-year-old accused of the murder of Sir David Amess in a terrorist attack had also targeted two other MPs, a court was told yesterday.

He is alleged to have spied on two unnamed members of parliament this year, carrying out reconnaissance at one of their homes, the constituency surgery of another, and at the Houses of Parliament.

Yesterday Ali was charged with the murder of Amess, who suffered multiple stab wounds, and preparing acts of terrorism between May 2019 and September this year. It is understood prosecutors will allege that Ali, a British man of Somali descent, may have targeted Amess because of his record of voting on Syrian airstrikes.

The Crown Prosecution Service said it would argue that Amess’s murder had a terrorist connection involving “both religious and ideological motivations”.

Amess, the Conservative MP for Southend West, was fatally stabbed during a constituency surgery in Leigh-on-Sea, Essex. From today MPs will be offered security guards when they meet constituents after being warned that their work puts them at risk from a “small minority”.

Ali was remanded in custody after a 13-minute hearing at Westminster magistrates’ court, central London. He is due to appear at the Old Bailey today.

He wore a grey tracksuit and thick-rimmed black glasses and smiled to his legal team as he entered the courtroom. He then sat silently with his arms folded throughout the hearing, only speaking to confirm his name, age and address. He was not asked to enter pleas.

Ali, the son of a former adviser to the prime minister of Somalia, grew up in Croydon and lived in north London. He is understood to have emailed asking for an appointment at Amess’s constituency surgery, claiming he was moving to the area and needed advice. James Cable, for the prosecution, said Ali travelled by train from his home in Kentish Town to Belfairs Methodist Church in Leigh-on-Sea.

Ali was seen using his mobile phone before allegedly producing a large knife from his pocket and stabbing Amess in the stomach. As his assistant ran to get help, the MP was stabbed again. He was pronounced dead at the scene at 1.10pm. A preliminary post-mortem examination found that he died of multiple stab wounds to the chest.

Ali is said to have waited for police to arrive. Unarmed officers were on the scene within ten minutes.

Nick Price, of the Crown Prosecution Service, said: “We will submit to the court that this murder has a terrorist connection, namely that it had both religious and ideological motivations.”

Matt Jukes, an assistant commissioner of the Metropolitan Police, said the investigation was continuing and he called on members of the public to come forward with information.

He said: “A large team of detectives have been working around the clock to find out as much as we can about what happened and why. If there are members of the public who have further information that might help the investigation, I urge them to come forward.”

On Monday parliament paid tribute to Amess as it was announced that Southend would be granted city status, in recognition of his decades-long campaign on the subject.

His death has raised concerns about the security of MPs. Jukes confirmed that security arrangements at parliament remained under review. He said: “We’ve been working closely with parliament’s own security team and with the Home Office to review existing arrangements for MPs’ security.”