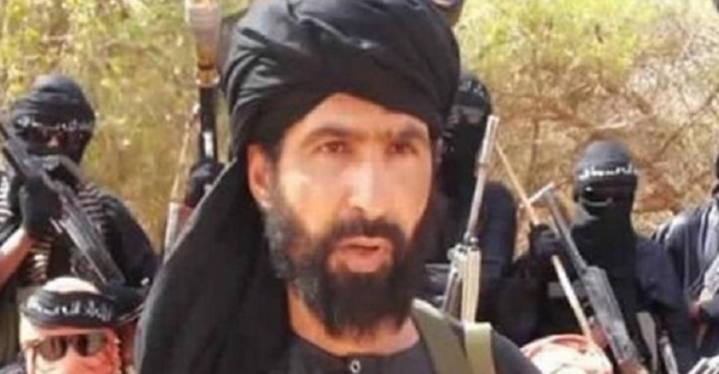 In an operation described by French President Emmanuel Macron as “a great success in the battle against terrorist groups in the Sahel region,” he announced on Thursday, September 16, that his country’s forces had killed the leader of ISIS in the Greater Sahara, Adnan Abu Walid al-Sahrawi.

Macron said on Twitter, “The nation thinks this evening of all its heroes who died for France in the Sahel region in the Serval and Barkhane operations, and the grieving families and all their wounded. Their sacrifice was not in vain. With our African, European and American partners, we will continue this fight.”

For her part, French Armed Forces Minister Florence Parly said that the French strike against Sahrawi “was carried out weeks ago, and today we are confident that (the one who was killed) was the number one official in ISIS in the Greater Sahara,” praising the “great success” of the French armies.

Parly said that Sahrawi died of wounds caused by a strike carried out by the Barkhane Force in August. Thanks to a long-term intelligence maneuver and thanks to several operations to arrest fighters close to Sahrawi, Barkhane Force succeeded in identifying many places where he was likely to be holed up.

The Reference reviews the most prominent candidates to succeed Sahrawi in the leadership of ISIS in the Greater Sahara.

A well-known figure and a personal friend of Sahrawi since the establishment of the ISIS in the Sahara and the Sahel is Ousmane Illiassou Djibo, who hails from Niger and is considered the bloodiest and most violent of the group. He is responsible for the killing of American soldiers in Niger and the border triangle, and Washington considers him more dangerous than the Sahrawi.

In late June, the US State Department classified Djibo as a global terrorist, prohibiting Americans from dealing with him in any way.

The West holds Djibo responsible for targeting citizens of Western countries, as he directed the elements under his command to kidnap and attack Westerners in Niger and its surrounding areas.

Djibo participated in several attacks on local forces and led the militants of the organization during an attack on July 1, 2019 on the Inates base of the armed forces in Niger. He also ordered his operatives to kidnap six soldiers as hostages on May 14, 2019 during an ambush near Tongo Tongo region.

Abu Musab Al-Barnawi, leader of Boko Haram in Nigeria, also emerged as a candidate to succeed Sahrawi. Barnawi had succeeded Abubakar Shekau, who was killed by ISIS elements, in the leadership of Boko Haram.

Barnawi is one of the founders of the Ahl al-Sunnah Group for Preaching and Jihad, and he continued his activity within the group and became a military leader in the organization.

On August 2, 2016, Barnawi’s first interview was with Al-Naba newspaper, the mouthpiece of ISIS, after he was assigned by the parent organization to lead the West Africa Province.

Barnawi wore a turban, and his face was censured in the meeting. He appeared in the video speaking in the Hausa language in a calm and thoughtful manner and alone without the presence of armed men, unlike Shekau, who appeared surrounded by the organization’s elements talking loudly about the group’s victories and making unrealistic threats.