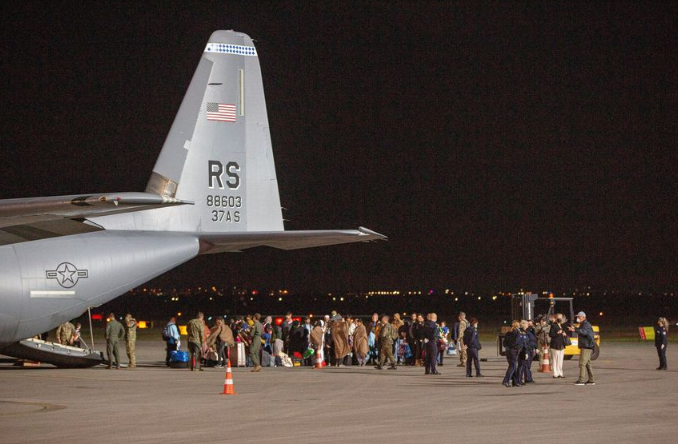 The Biden administration has suspended flights of Afghans to the U.S. after four previous arrivals tested positive for measles, officials said Friday.

White House press secretary Jen Psaki said the pause came at the request of the Centers for Disease Control and Prevention. The affected individuals have been quarantined, and the CDC is conducting contact tracing, she said.

She added that the arriving Afghans, who include refugees, former workers for the U.S. military and diplomatic corps, and others, are required to be vaccinated for measles as a condition of entering the U.S. Vaccinations are being administered at military bases in the U.S., but Ms. Psaki said the administration is weighing vaccinating the Afghans before their arrival.

The U.S. and allied nations have evacuated more than 124,000 U.S. citizens, Afghans and third-party nationals from Afghanistan since the end of July. The Taliban took Kabul in mid-August, and the U.S. withdrew the last of its troops and diplomats from the country at the end of the month. Administration officials estimate that as many as 65,000 Afghans will arrive in the U.S. by the end of September, followed by another 30,000 over the next year.

Defense Department officials said a single case of measles and two dozen cases of Covid-19 had emerged among Afghans at Fort McCoy in Wisconsin. An Afghan national who arrived at the U.S. Army installation on Sept. 4 was diagnosed with measles on Sept. 5. There have been no further cases of communicable diseases at the site, they said.

At Ramstein Air Base in Germany, temporary home to thousands of Afghans, U.S. personnel said that measles, tuberculosis and Covid-19 were circulating among the population.

The pause in flights poses an additional challenge, as the U.S. and German governments agreed that evacuees would stay at the base for just 10 days. Concern among U.S. military personnel about the presence of the Afghan refugees on the base is a further complication, according to a U.S. official.

Some Afghan refugees have already stayed more than 10 days, but mostly for acceptable reasons such as medical emergencies or issues with unaccompanied minors, the U.S. official said.

Right-wing German politicians have recently raised concern about the small minority of Afghans passing through Ramstein who have requested asylum in Germany. So far only about 1% have done so, said Foreign Minister Heiko Maas, a member of the center-left Social Democratic Party.