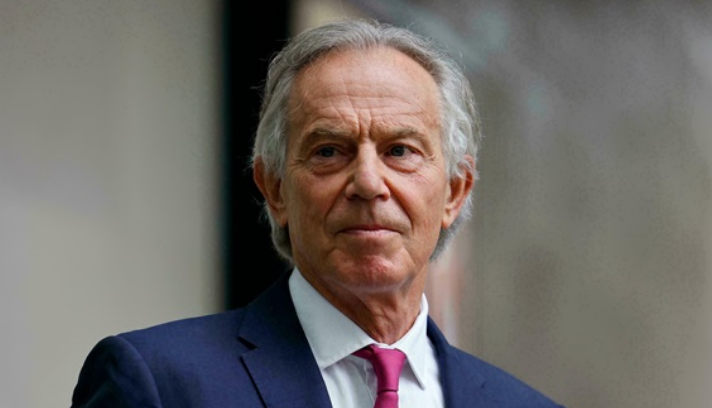 Terrorists could try to create a new pandemic to destabilise the West, Tony Blair has said.

The Labour former prime minister said that bioterrorism was a threat that no longer existed in “the realm of science fiction”.

He defended his decision to join the American-led invasion of Afghanistan in 2001 and called on western powers to continue to stand up for liberal values around the world. He said that the West may need to redeploy troops to the country, which fell to the Taliban last month.

In a speech at the Royal United Services Institute, a military think tank based in London, to mark the 20th anniversary of the September 11 terrorist attacks that precipitated the invasion, Blair said that western countries would need to continue to confront Islamic extremism with a mix of “hard and soft power”. He added: “Islamism, both the ideology and the violence, is a first-order security threat; and, unchecked, it will come to us, even if centred far from us, as 9/11 demonstrated.”

Blair, who took Britain into Iraq in 2003 alongside the US to topple Saddam Hussein’s regime, said: “Maybe my generation of leaders were naive in thinking countries could be ‘remade’. Or maybe the ‘remaking’ needed to last longer. But we should never forget as we see the women of Afghanistan in the media, culture and civic society now flee in fear of their lives, that our values are still those which free people choose.

“Recovering confidence in our values and in their universal application is a necessary part of ensuring we stand up for them and are prepared to defend them.”

Last month Blair described President Biden’s withdrawal of troops from Afghanistan as imbecilic. Today he said: “We need some ‘boots on the ground’. Naturally our preference is for the boots to be local. But that will not always be possible.”

He said that Britain should strengthen its partnership with Europe, and that there was a need to work with continental allies to combat threats from Libya, Syria and the Middle East in the face of increasing American isolationism.

Blair, 68, added that terrorists might be inspired by the pandemic to develop bioweapons. “Covid-19 has taught us about deadly pathogens,” he said. “Bioterror possibilities may seem like the realm of science fiction but we would be wise now to prepare for their potential use by non-state actors.”