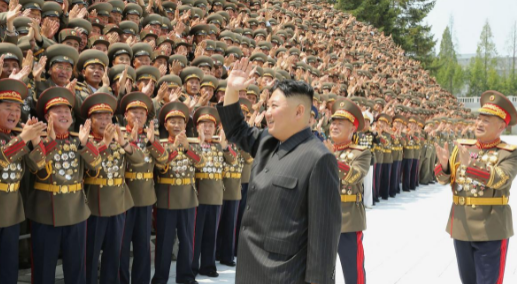 North Korea is expanding a uranium-enrichment plant inside a key nuclear research facility, which could advance the country’s ability to produce weapons-grade material, satellite images have shown.

The emergence of a new construction site at the Yongbyon nuclear research centre, about 60 miles north of Pyongyang, comes after North Korea carried out tests of long-range cruise and ballistic missiles.

Two ballistic missiles launched from a railway-borne system were tested on Wednesday, days after a cruise missile that experts said could have a nuclear capability was test-fired. The cruise missile was reported to have a range capable of reaching Japan.

The satellite pictures of the uranium-enrichment plant under construction, captured by Maxar, a commercial imaging company, and obtained by CNN, appeared to indicate an intention to increase production of fissile material for nuclear weapons.

The development could increase production of weapons-grade material by 25 per cent, Jeffrey Lewis, a nuclear weapons expert at the Middlebury Institute of International Studies in Monterey, California, told CNN.

The pictures showed construction underway to expand the facility, allowing for more gas centrifuges which are key to the enrichment process. “The new area is approximately 1,000 square metres, enough space to house 1,000 additional centrifuges,” Lewis said.

The latest satellite images will reinforce US concerns that North Korea is ramping up its nuclear weapons programme. Recently the International Atomic Energy Agency reported that North Korea had restarted a nuclear reactor in the same complex at Yongbyon.

After the long-range missile tests, Ned Price, the US state department spokesman, condemned the launches and urged a diplomatic solution to the growing challenge from Pyongyang. He said the Biden administration was committed to dialogue with North Korea and its leader, Kim Jong-un, with the aim of denuclearising the Korean peninsula.