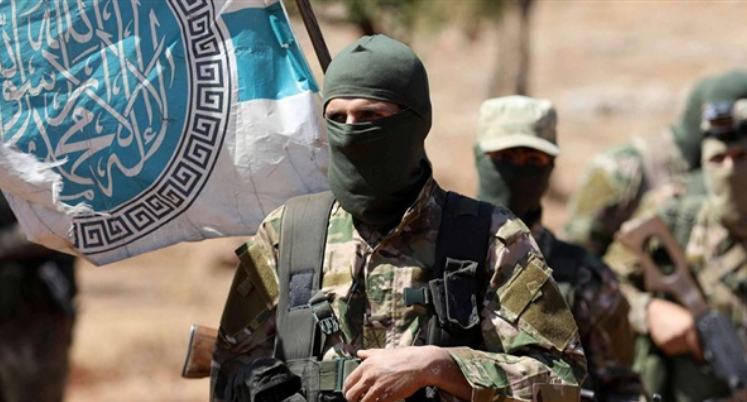 A new armed faction is apparently on the road to joining Tahrir al-Sham which operates in northern Syria.

The Sultan Suleiman Shah Division said recently that it is ready to join Tahrir al-Sham in the coming period.

This comes at a time of high tension between Tahrir al-Sham and other factions in the northern part of Syria.

The visits aimed to increase coordination between and the rapprochement of the two sides.

A commander of Sultan Suleiman Shah Division told the London-based al-Quds al-Arabi newspaper that there are no difference between his faction and Tahrir al-Sham.

Muhammad Al-Jassem, also known as ‘Abu Amsha’, added that the lack of these differences made a détente between the two factions more possible in the future.

Sultan Suleiman Shah Division is among the most brutal in northern Syria. The faction is known for its gross human rights violations.

Sultan Suleiman Shah Division was established in November 2011. Al-Jassem, the division’s commander, hails from one of the villages of the northern Syria city of As Suqaylabiyah.

This man was associated with the most heinous crimes and gravest violations in the Afrin region of Syria’s Kurdistan.