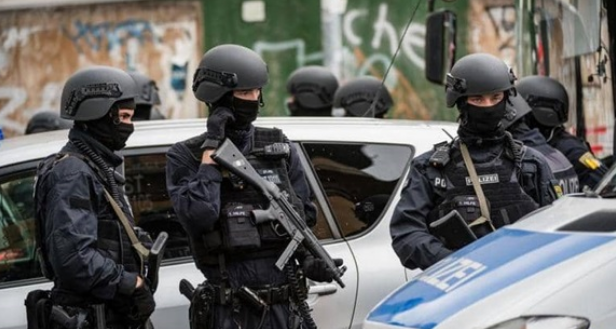 A mosque in the British city of Manchester has been under security oversight for several years now.

This came upon the presence of information about visits to this Islamic house of worship by a Libyan terrorist.

This information triggered threats by some elements to blow up the mosque or burn it down.

The mosque was set on fire on September 10, shocking some British policemen.

Police described the incident as a ‘hate crime’ against Muslims and vowed to investigate it.

The custodian of the Didsbury Central Mosque in Manchester said nobody was hurt in the fire.

“Neighbors quickly set off alarms and tried to put out the fire with their coats, until firefighters arrived,” the man said.

The British government announced earlier a series of measures to monitor and combat hate crimes.

This came against the backdrop of high rates of these crimes in the British society. The Ministry of the Interior said it is addressing this type of crimes by establishing a new national center that would deal with threats arising from hate crimes.

The center, it said, would also provide better support to the victims of hate crimes and help bring transgressors to account.

It is important to connect the latest attack against the Didsbury Central Mosque and the Manchester Arena bombings which were carried out by Salman al-Obaidi, a British citizen of Libyan origin.

Obaidi carried out a suicide attack at a party in May 2017, killing 22 people and wounding 50, including children.

Investigations revealed that Obaidi had joined ISIS. The same investigations also showed that he would frequent the Didsbury Central Mosque.