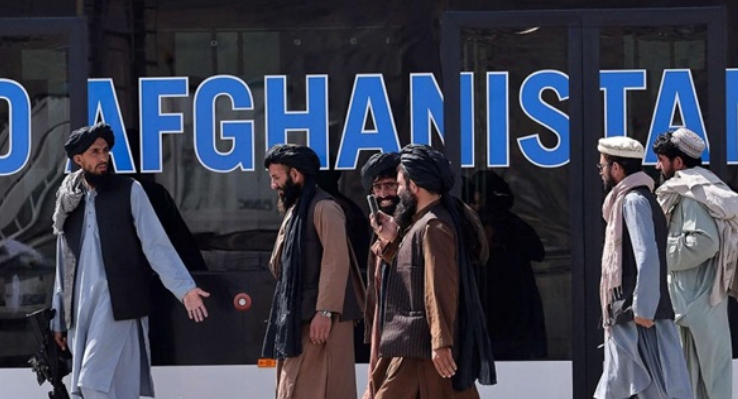 Since the completion of the US withdrawal from Afghanistan and the Taliban movement’s arrival to power, discussions have been taking place about the extremist movement’s position on women. However, there are opinions that suggest that women who responded to Taliban pressure two decades ago and were prevented from leaving and education no longer exist, as women have become more open and educated and made a place for themselves in all fields.

Highlighting the fundamental change in Afghan women’s thinking from two decades ago to now is a survivor of Taliban brutality, Sarah Wahidi, who founded the app Ehtesab, which provides real-time alerts and information about incidents in Kabul.

Ehtesab” which translates to “responsibility,” helps verify cases of explosions, power outages, checkpoints, and other information in the capital.

Wahidi, 26, who heads the Kabul staff team from New York, said that she focused on providing reports that help Afghans reach food supplies, access to banks and transportation, stressing that the app aims to alleviate the daily pressure experienced by Afghans by facilitating their daily lives, especially after the Taliban’s return to power.

As the Taliban entered the capital, the team responsible for Ehtesab abandoned its office in the city, but continued their work providing Afghans with critical information, such as busy roads and reporting outbreaks of violence.

The service has become important amid the rapid political and social changes that followed the Taliban’s seizure of power, and the app has been accessed 5,000 times via the online store by people in Kabul and elsewhere.

After two suicide bombings killed more than 70 people near Kabul’s Hamid Karzai airport while Afghans were trying to escape the Taliban, the startup used its communications to confirm the double attacks within minutes.

Wahidi is afraid of the oppression of her employees, noting, “The main problem I face is: How can I keep my team safe and secure?”

It is noteworthy that, during the past twenty years, women in Afghanistan struggled for a number of basic rights and obtained them, but there are now fears that a setback may befall those gains after the new Taliban interim government, made up of males only, takes over the country.