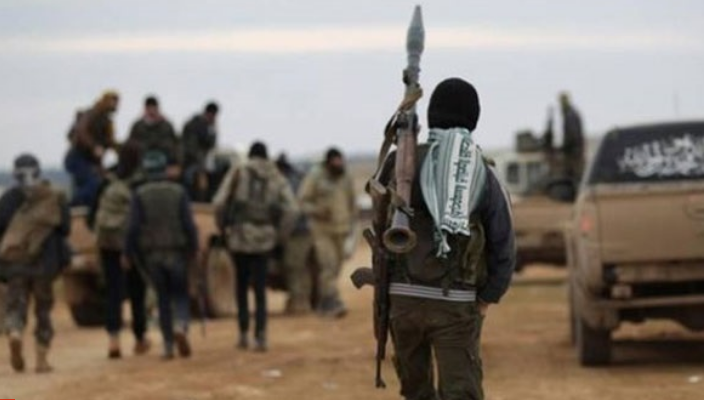 Despite the desperate attempts by Hayat Tahrir al-Sham (HTS), formerly Jabhat al-Nusra, a splinter from al-Qaeda, to prove that it has abandoned its armed approach and turned into a political movement, many actions prove that the attempts of HTS leader Abu Mohammad al-Julani in this context are just a mirage, or he is seeking to obtain political gains in the future in light of the restrictions experienced by the movement, which was one of the two largest armed factions in Syria, alongside ISIS.

HTS is still unable to control its lone wolves who have been imbued with its ideology, whether inside or outside Syria, and Germany is one of the European countries where HTS lone wolves appear from time to time. Recent years have witnessed a number of operations that the German security authorities managed to control, the last of which was a thwarted attack by individuals loyal to HTS on a synagogue in the western city of Hagen on Thursday, September 16.

The Federal Office for the Protection of the Constitution (BfV) began early in tracking HTS wolves, and in 2017, it formed a working group to track down a large number of suspected HTS members, especially Syrians or those coming from Syria and the Middle East.

The German magazine Der Spiegel reported in September 2017 that there are about 60 fighters from the extremist group in Syria residing in the country, and it transmitted security information that supporters of the Uwais Al-Qarni Brigade came to Germany as refugees and that these people participated in multiple massacres against civilian prisoners and Syrian soldiers.

In May 2021, German Interior Minister Horst Seehofer announced the banning of Ansar International for violating the constitution and for collecting funds with the intention of transferring them to terrorist groups abroad, specifically HTS in Syria.

Steve Alter, a spokesman for Seehofer, said via Twitter that the network funds terrorism around the world with the donations it collects, and he quoted the Minister of Interior as saying, “If you want to fight terrorism, you must dry up its sources of funding.”

In July 2020, the German authorities arrested two Syrians on charges of trying to kill an officer in the Syrian regime forces inside Syria in 2012, and the fourth state court in the German city of Dusseldorf issued a life sentence on them for belonging to Jabhat al-Nusra (HTS’s previous name) after 22 court sessions that ended with one of them being convicted for killing an officer in the Syrian army.

German federal prosecutors said the two people were identified only as Khader A. and Sami E., in line with German privacy rules. They were arrested in the city of Naumburg in eastern Germany and in the city of Essen in the west, while their apartments were searched after they were suspected of belonging to the terrorist group.

Prosecutors said they were suspected of participating in the murder of a lieutenant colonel during captivity in 2012.

It was Khader’s mission at that time to guard the officer while he was being taken to the execution site, the prosecution said.

It is suspected that Sami filmed the shooting of the officer and prepared the footage for use as private propaganda for Jabhat al-Nusra on social media.