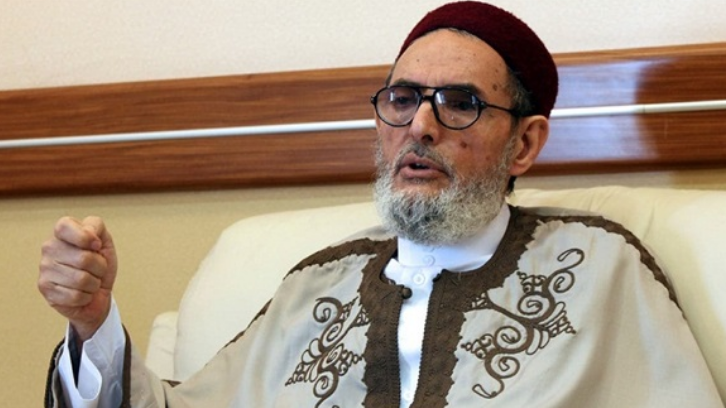 Since Sadiq al-Ghariani’s dismissal in 2014 by a decision of the Libyan House of Representatives, headed Speaker Aguila Saleh, the Brotherhood mufti has not hesitated to incite chaos and violence in the country, which exposes his feverish desire to return Libya to the square of blood, as well as his support for the Turkish interference.

On the heels of igniting the tongues of sedition in the country, Ghariani called for a demonstration on Friday, September 24, to overthrow the parliament that had previously dismissed him in 2014 due to his inciting fatwas against the Libyan people and in support of the Turkish occupation.

A statement issued by Ghariani defied the decision to remove him as the head of Libya’s Dar al-Iftaa, saying that the House of Representatives has persisted in its corruption and infiltrated its harm to the people, continuing to add new crimes to its record of deeds. He added that the parliament spilled the blood of Libyans by supporting the wars launched by Field Marshal Khalifa Haftar, the latest of which was the war on Tripoli, and supported bringing in mercenaries and occupiers, as he claimed.

The statement held the members of the House of Representatives legitimately responsible for the actions offensive to religion and the homeland, carried out by its speaker, who is leading them to the abyss.

The statement said that the Council of Sharia Research and Studies at the Libyan Dar al-Iftaa calls on all Libyans to go out in various cities and villages on Friday to call for the overthrow of the House of Representatives, adding that the House is no longer a pure harm, but has become like a tumor in the nation and must be eradicated, noting that repelling harm from people is a duty that is not allowed to be left, stressing that this can only be done when the people demand its removal.

Meanwhile, Ghariani’s son, Sohayl, downplayed the importance of the Presidential Council’s statement regarding the Libyan parliament’s decision to withdraw confidence from the Government of National Unity (GNU) on Tuesday, September 21.

The younger Ghariani, who is the executive director of Tanasuh TV, his father’s media arm, and is traveling between Istanbul and London, said in a post on Facebook that repelling the harm of the parliament, which he described as “fallen” by all legal, moral and legal standards, is a duty, and this can only be achieved by overthrowing it.

The Libyan arena is witnessing a hot political and security atmosphere with the approaching date set for the presidential elections to be held on December 24. The western front began to ignite again with armed operations launched by the remnants of terrorist groups in Tripoli, followed by the decision to withdraw confidence from the government of Abdul Hamid Dabaiba, issued by the House of Representatives under the leadership of Speaker Aguila Saleh, and finally, Libyan National Army commander Field Marshal Khalifa Haftar’s appearance in the background to announce his resignation from the leadership of the army in preparation for the presidential elections.

The Libyan Brotherhood is trying to target the constitutional path by provoking controversy over the rule organizing the elections, with the aim of gaining time and obstructing the road map, as they are trying to impose their proposal that a referendum on the constitution should be held before the elections are held, which hinders the political process and the building of state institutions for the coming months.