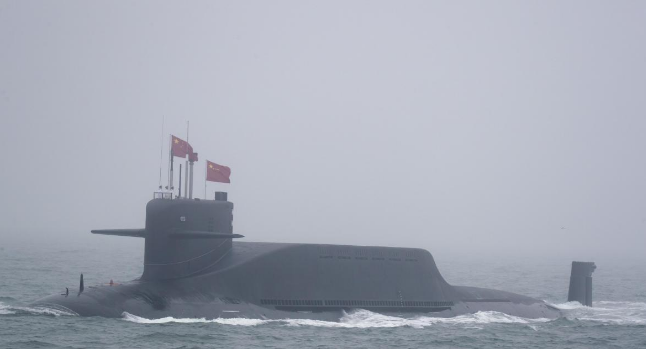 Beijing should abandon its promise not to be the first to use nuclear weapons in a war, in response to the growing alliances in the region against it, according to a former senior diplomat with close ties to the government.

Before leaders of Pacific nations meet in Washington today for a gathering denounced by China as a “mini Nato”, Sha Zukang said its long-standing promise should be revised, because of the US’s growing military presence in East Asia and the new strategic partnerships forming there.

“The unconditional no first use is not suitable . . . unless China-US negotiations agree that neither side would use [nuclear weapons] first, or the US will no longer take any passive measures to undermine the effectiveness of China’s strategic forces,” he told a meeting of the China Arms Control and Disarmament Association in Beijing last week.

Sha’s words will add to a sense of alarm at the atmosphere of strategic confrontation which is developing in Asia, and which has accelerated this month. Beijing sometimes uses academics and government officials to float ideas that become policy.

“The strategic pressure on China is intensifying as [the US] has built new military alliances and as it increases its military presence in our neighbourhood,” he added.

In a newly released transcript of the meeting, Sha, who was China’s ambassador on disarmament affairs to the United Nations, said: “The policy not to be the first to use nuclear weapons unconditionally has given China the moral high ground internationally. But for some time in the future, the US will see China as its main competitor and even its enemy. Can this policy be re- examined and fine-tuned?”

China became a nuclear power in 1964 and adopted the policy four years later. It is believed to posses about 320 nuclear warheads but last year Hu Xijin, editor-in-chief of the nationalist party tabloid Global Times, argued that the People’s Liberation Army should enlarge its arsenal to 1,000 warheads. Analysis of satellite photographs by independent civilian researchers suggests that China is constructing nearly 300 new silos for intercontinental missiles.

Hu wrote: “We need to have a larger nuclear weapons arsenal to curb the US strategic ambitions and its impulses against China. You don’t beg for peaceful co-existence between countries but you need strategic tools to shape it.”

A recent article in the Bulletin of the Atomic Scientists concluded: “China now appears to be moving from a ‘minimum deterrent’ to a ‘medium deterrent’ that will position China between the smaller nuclear-armed states (France, Britain, Pakistan, India, Israel and North Korea) and the two big ones (Russia and the United States)”.

Last week the US, Britain and Australia announced Aukus, a “strategic partnership” between the three countries that will furnish Australia with nuclear-powered submarines.

Today in the first face-to-face meeting of the Quadrilateral Security Dialogue, President Biden will host three prime ministers — Scott Morrison of Australia, Narendra Modi of India and Yoshihide Suga of Japan. Its focus is the increasingly acute concern about China’s growing military power and assertiveness.

Over the past 20 years, and rapidly in the past decade, Beijing has matched its economic growth with surging military spending, acquiring aircraft carriers, “carrier killer” ballistic missiles and a fleet of nuclear-powered submarines.

It has not only dismissed the claims of neighbouring countries to reefs and islets in the South China Sea but aggressively occupied them and turned them into its own military bases. It has sent patrol ships close to the Japanese-occupied Senkaku islands, which it claims as the Diaoyu, and carried out menacing military exercises close to Taiwan, which it also regards as an integral part of China.

To its members, the Quad represents a coming together of four of Asia-Pacific’s great democracies, at a moment when freedom of expression and freedom of navigation on the high seas are being thrown into jeopardy by the rising power of Beijing.

To others, it is a dangerous gesture of provocation, an effort to “contain” China that will accelerate the headlong drive towards a new Cold War.

The contrasting national interests of the Quad members generate differences between them. India, in particular, is careful not to provoke Beijing, because of the vulnerability of its border and the trade with China on which its economy, like those of many Asian countries, depends.

India’s foreign secretary, Harsh Vardhan Shringla, pointedly distanced the Quad from the newly formed Aukus. “[They] are not groupings of a similar nature,” he said. “[The Quad] is a plurilateral grouping of countries with a shared vision of their attributes and values.”

The future of the region will be determined not in meetings like this one, however, but by relations between the US and China. In advance of the United Nations General Assembly, Antonio Guterres, the secretary-general, urged them to improve their “totally dysfunctional” relationship.

In their speeches at the assembly this week, Biden and President Xi of China avoided provocation.

“We need to pursue dialogue and inclusiveness over confrontation and exclusion,” Xi said. “We need to build a new type of international relations based on mutual respect, equity, justice, and win-win cooperation.”

Biden said: “We’ll stand up for our allies and our friends and oppose attempts by stronger countries to dominate weaker ones, whether through changes to territory by force, economic coercion, technical exploitation or disinformation. But we’re not seeking — I’ll say it again — we are not seeking a new Cold War or a world divided into rigid blocs.”

China acceded to the Treaty on the Non-Proliferation of Nuclear Weapons in 1992 and signed the Comprehensive Nuclear-Test-Ban Treaty in 1996. Like the US, however, Beijing has not ratified the test-ban treaty.

The Chinese consulate-general in Sydney rebuked Taiwan today for applying to join a trans-Pacific trade pact.

Taiwan’s attempt to become part of the Comprehensive and Progressive Agreement for Trans-Pacific Partnership (CPTPP) was not acceptable, reporters were told at a consulate press conference, because “there is only one China in the world and the Taiwan region is an inalienable part of China’s territory”.

He added: “The one China principle is widely recognised in governing international relations and widespread consensus in the international community. We firmly oppose any official ties between Taiwan and other countries, we firmly oppose Taiwan’s acceptance into any treaties and organisations that are of an official nature. This position is very clear-cut.”

Japan’s chief government spokesman had said earlier that under the trade pact’s rules, membership was open to Taiwan, noting that it was already an independent member of the World Trade Organisation and Asia-Pacific Economic Cooperation forum.

Britain has also applied to join the 11-member CPTPP, with the first meeting to discuss this taking place on September 28.