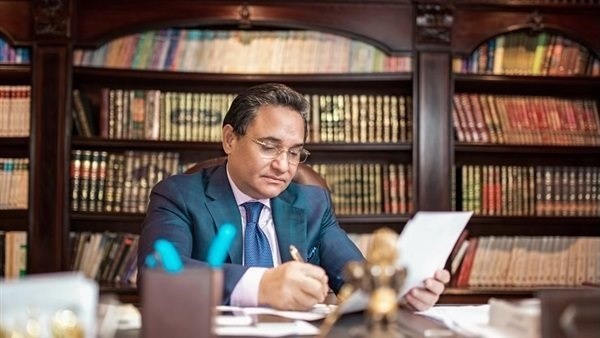 Executive Director of the Center for Middle East Studies in Paris (CEMO), Ahmed Youssef, will participate in a seminar to be organized by the French right-wing republican Gaullist party and Le Figaro newspaper today.

Attendees at the seminar will discuss Gaullist and French policies toward the Arab region in the past and in the future.

Senator, Ronan Loglot, the party’s commissioner for international relations, will speak at the seminar about France’s role in the Arab world.

International lawyer, Amir Aslan, will talk about the possibility of building peace in the Middle East without Iran.

General Bertrand Flemlin will talk about de Gaulle and Pierre Flemlin as far as Algeria before the general accepted to return to power in 1958 is concerned.

Lama El-Fassi, a lecturer at a number of French universities, will talk about the role France and the European Union can play to end the war in Syria.

Youssef, a journalist, a writer and CEMO’s executive director, will conclude the seminar by talking about Napoleon and de Gaulle as the founding fathers of France’s Arab policy.

Some French political experts believe the party wants to spread its historical roots, especially in connection with de Gaulle, the liberator of France from Nazism, whose policy since 1958 led to the independence of Algeria, on one hand, and the restoration of relations with Egypt’s Gamal Abdel Nasser after the Suez War, on the other.

The general extended solid bridges with the rest of the Arab world through Egypt. These solid bridges were manifest in his usual fierce criticism of Israel after the 1967 war.

The seminar will be presented by Thierry Rambo, a professor of law at the Sorbonne University and a professor at various Arab universities, and Ahmed Youssef.

The event will also be moderated by Yves Trier, the editor-in-chief of Le Figaro.