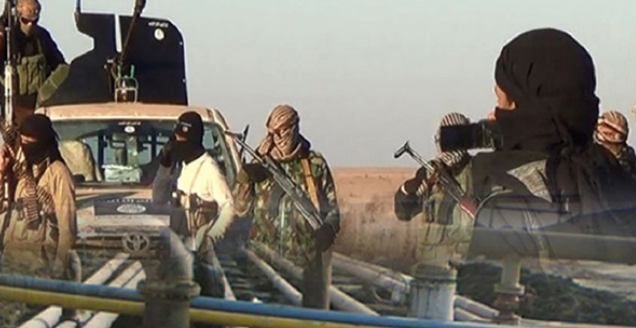 Can ISIS make a comeback in Iraq?

ISIS is still alive almost three years after the international coalition against this terrorist organization announced its death.

From an intellectual point of view, the organization’s ideas continue to live in the minds of some groups around the world, especially those who do not understand Islam properly.

In practice, ISIS members sought hiding in some pockets in Iraq and Syria, hoping to regroup and return to the stage once more.

The Iraqi Popular Mobilization Forces have launched operation ‘Revenge of Heroes’ to track down ISIS elements in the western Anbar province, near the al-Waleed border crossing with Syria.

ISIS has been at the center of a crackdown by the international coalition since September 2014.

Around 79 states participate in the coalition, in addition to NATO and the European Union.

Commander of Anbar Operations, Qassem Musleh, said four brigades of the Popular Mobilization Forces participate in the operation. These brigades, he said, also receive support from the different directorates of the forces.

“We work to track down ISIS members on the border strip with Syria,” he said.

He added that the area is known to have weak security due to the presence of a number of valleys in it that make its geography a tough one.

On September 11, Iraqi security media announced the arrest of the coordinator and governor of the northern region of ISIS, Abu Ibrahim Dabiq.

Dabiq is a top wanted figure for security forces in the Kurdistan region of Iraq.

The media revealed that this man was responsible for forming terrorist cells, including one whose members were arrested previously in Kirkuk and Anbar.

The ongoing operation against ISIS raises a number of questions about the possibility of the return of the terrorist organization to the fore in Iraq.

It also raises questions about actual plans within the organization to achieve that goal.