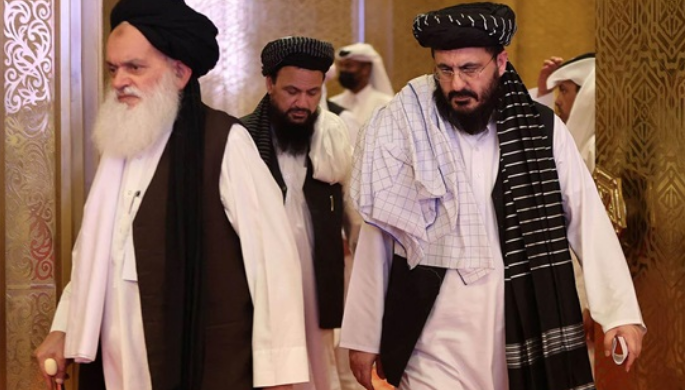 Beijing-Taliban rapprochement: Will activity of Central Asian terrorists be quelled?

Chinese Assistant Foreign Minister Wu Jianghao has told the Taliban to keep his country’s embassy in the Afghani capital, Kabul, stressing, “Our relations will be strengthened compared to the past, as Afghanistan can play an important role in the security and development of the region, and China will increase its humanitarian assistance, especially for the treatment of Covid-19.”

This came according to a tweet by Taliban spokesman Suhail Shaheen on September 2 to announce China’s new strategy regarding the extremist movement, especially after the withdrawal of US forces from Afghanistan.

It should be noted that China was one of the first countries that sought to adapt to the conditions that occurred in Afghanistan with the Taliban coming to power, which raises questions about the nature of the new Chinese approach.

Analysts believe that China was the major strategic beneficiary of the attacks on September 11, 2001, in which al-Qaeda targeted sensitive sites in the United States, saying that Beijing took advantage of Washington’s preoccupation with another place to enhance its rise and develop its capabilities in all fields, until it became the largest competitor to the United States.

Bradley Thayer, a professor of political science at the University of Texas, said that the 9/11 attacks contributed greatly to distracting Washington, which focused its attention on the Middle East, away from Chinese expansion, and spent huge funds for the war on terrorism, which enabled Beijing without much hindrance to reach its current position as a rival and threat to US interests.

Observers believe that the same scenario is being repeated, this time because with Washington’s withdrawal from Afghanistan, Chinese companies have drawn up plans to exploit the mining potential in Afghan territory, especially with regard to investments in rare earth minerals, in addition to China’s interests in Afghanistan being related to the economy and security.

Despite the foregoing, Beijing is still studying the political and security risks resulting from the Taliban’s arrival to power in Afghanistan, and it is most concerned about the use of the country as a safe haven for extremists in the region, especially those who come from the Xinjiang region in western China, which borders Afghanistan, according to Jonathan Marcus, a British diplomatic analyst.

These fears prompted China to go one day after the Taliban took control of power to consolidate its diplomatic relations with the movement, hoping that this cooperation would contribute to strengthening Beijing’s influence within Afghanistan, as well as to benefit from the collapse of the American project and to stop any threat by terrorist movements to China. Beijing also agreed with Moscow to be prepared and ready to intensify efforts to combat the threats of terrorism and drug smuggling coming from Afghanistan.

However, there are political visions that see that Beijing first needs to protect its borders and the borders of its partners from extremism and terrorism, because the arrival of the Taliban to power may be a source of inspiration for extremist groups spread in Central Asian countries, leading to an escalation of terrorism and extremism in Central Asia, which threatens Chinese investments.