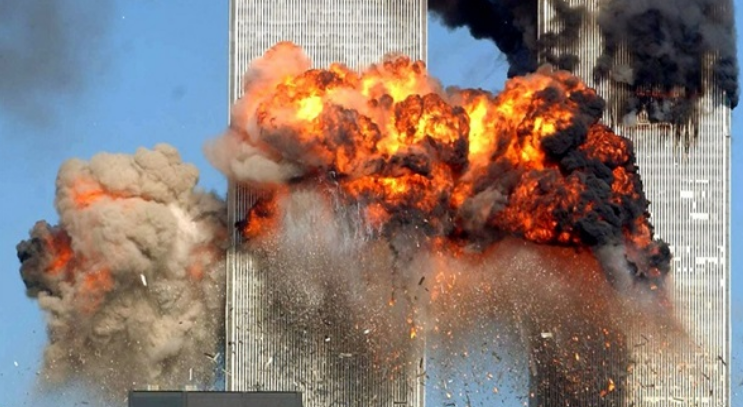 American cinema and September 11: Following the authority in support and criticism

The attacks of September 11, 2001 are considered one of the most important pivotal events that the world has witnessed, which contributed to changing its political blocs and the mechanisms of interaction between countries, as the United States rushed to divide the world into countries that support it in its war against terrorism and countries that support terrorism against it.

The United States also rushed to adopt a new policy in cooperation with its allies in the North Atlantic Treaty Organization (NATO), Southeast Asian countries and others, based mainly on strengthening the American military presence in various countries.

The 9/11 attacks not only affected political and military life, but the impact extended to all forms and walks of life, including cinematic works, which rushed to try to embody the new situation at the time, and the political system focused on this, considering that Hollywood is one of Washington’s most prominent soft powers to influence world public opinion.

This political exploitation of Hollywood’s global influence appeared in October 2001, when 40 of the most prominent American filmmakers attended a White House meeting that lasted nearly two hours, followed by another meeting on November 8, 2001, in Beverly Hills, both of which focused on how Hollywood could support the American war against terrorism as a national duty.

In the meetings, seven basic points were agreed upon that films that deal with this issue should focus on, namely, the war against terrorism only and not against the innocent, calling the American people to perform military service, reassuring the innocent, supporting the American forces, urging world countries to participate in the war against terrorism, emphasizing that this war is a confrontation with the devil who wants to affect the world, and trying to show the narrative in a bigger way during the war.

Until 2003, American cinema focused on showing the role of the victim who was attacked forcefully and inhumanely, focusing on the valor of the US army in the face of the event the moment it occurred, which paved the way for the importance of military intervention in foreign countries, and this appeared in the movies “Behind Enemy Lines” and “We Were Soldiers”.

In order for the US government to prepare for its future military objectives, most notably the attack on Iraq and the overthrow of the regime of late President Saddam Hussein, and the military and political goals that followed, the cinema played on promoting the idea of patriotism and the need to avenge American honor as one of the superpowers, which appeared in several films such as “Mystic River”, “Man on Fire”, and other films.

American cinema did not deal with the events of September 11 at a single pace, as the view of some Hollywood makers of the events changed over time with the emergence of other facts and perhaps the length of the American war in Iraq, which was shown by US President George W. Bush and then British Prime Minister Tony Blair as well as a simple military operation that would end quickly.

The movie “Syriana” began by highlighting the corruption operations that occur in the American administration, and this was followed by the movie “Lions and Lambs”, which focused on the corruption of President Bush, accusing him that the American citizen and soldier are the ones who pay the price for his failed policies and ambitions based on wrong intelligence information or omission of the actual facts.

Among the films that strongly attacked Bush was the movie “W”, which dealt with Bush’s life story and the impact of his childhood and private life on his policies as head of state, which directly affected his decisions that led to the war against Iraq.

With the arrival of former US President Barack Obama to power, the attacks on his predecessor Bush intensified in American cinema, beginning with the movie “Fair Game”, which deals with the life story of former CIA agent Valerie Plame and her ambassador husband and presents their harsh confrontation with the American government, which rejected an article written by the ambassador that there were no weapons of mass destruction in Iraq.

The movie “Zero Dark Thirty”, which was nominated for five Oscars, showed the failure of the Bush administration to gain access to the mastermind of the September 11 operation despite all of the military operations, and then Obama’s success in killing Osama bin Laden.

“The Hurt Locker” also won the Oscar for Best Director, and it dealt with the suffering faced by American soldiers during the war against Iraq, considering that he is the main party responsible for the great mistakes of American policy in dealing with the terrorism file.

American cinema dealt with the events of September 11 in two stages, both of which corresponded with the trends of the ruling authority. The first was during the era of President George W. Bush and strongly supported his war against terrorism and reinforced the concept of revenge among the American people, while the second was during the Obama era and focused on the mistakes made by the Bush administration in dealing with terrorism as a result of false intelligence information.